What Should We Learn From the Life of the Prophet Elias?

Like all people, the prophets had their infirmities, and they were not always capable of accomplishing the incredibly difficult mission that was entrusted to them: witnessing about God to people who did not want to hear this testimony.
Metropolitan Hilarion (Alfeyev) | 02 August 2015 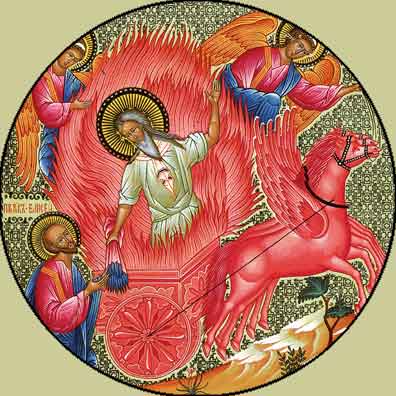 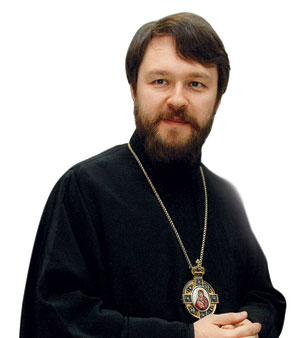 Today the Church celebrates the memory of the Holy Prophet of God, Elias. In the Third and Fourth Books of Kings we read about the Prophet’s great deeds, about the miracles he performed before the face of the people of Israel. We read about how, in order to prove the existence of the true God, he calls four hundred and fifty prophets of Baal and offers sacrifice to the Lord, while they offer sacrifices to their gods; and, by his prayers, the Prophet’s sacrifice is set aflame by a Divine flame, while the sacrifices of the false prophets are not touched by the fire.

We read about how Elias comes to the house of a poor widow and raises her son, about how the Prophet flees from the wrath of the wicked Queen Jezebel into the wilderness and, not finding within himself sufficient strength for his prophetic ministry, in despair calls upon God: “It is enough; now, O Lord, take away my life.” But God comforts him, not only sending him water and bread, but in a mysterious, extraordinary manner revealing Himself to him in “a still small voice.” Feeling this light breeze, Elias remembers that the Lord appeared to him not in terrible natural phenomena – neither in a storm, nor in an earthquake, nor in fire – but precisely in this light breeze of the spirit. By this breath of the Holy Spirit, God comforts the Prophet, granting him new strength.

Finally, we see how Elias is going along with his disciple, the Prophet Eliseus, when Eliseus learns that his teacher will be taken from him that day. Elias says:  “Ask what I shall do for thee, before I be taken away from thee.” And Eliseus replies: “I pray thee, let a double portion of thy spirit be upon me.” Elias said: “Thou hast asked a hard thing: nevertheless, if thou see me when I am taken from thee, it shall be so unto thee.” Soon a chariot of fire appeared, and Elias ascended into heaven in a whirlwind. This is a man who in life raised the dead; this was a prophet who did not see death, but was lifted up by God into the Heavenly Kingdom.

The life of the Prophet Elias teaches us what the true prophets were like, who were called by God to a special ministry, to a special mission: to proclaim God to people. The prophets were persecuted, and we heard the words of Christ in today’s Gospel reading: “A prophet hath no honour in his own country” (John 4:44) – that is, where he preaches, he will not be understood. All the prophets had enemies and detractors, people who desired their death. Like all people, the prophets had their infirmities, and they were not always capable of accomplishing the incredibly difficult mission that was entrusted to them: witnessing about God to people who did not want to hear this testimony.

From reading the lives of other prophets, we learn that when the Lord called them, some of them refused. One said that he was too young; another – Jonah – fled from God’s Face, recognizing that he did lacked the strength to fulfill the mission entrusted to him by God. The Prophet Elias in desperation asked God for death. But the prophets were always strengthened by God’s grace; in their ministry they were in immediate contact with God, encountering Him in personal spiritual experience.

These encounters were of various kinds. Sometimes the Lord came in a light breeze of wind: that is, as a kind of intimate spiritual consolation, as was the case with the Prophet Elias. But it was also the case that not only the prophet, but the whole people were witnesses of Divine phenomena; when, for instance, the very same Elias decided to demonstrate with the help of fire whether the God of Israel should be the Lord or Baal. In various periods of human history, God sent prophets to the people, so that from them the people would hear the word of truth, so that by miracles they would witness to the presence of God and the power of God. And in every age the prophets were frail people, like us. Their prophetic mission greatly exceeded their natural human strength and they, not replying on their own strength, sought help from God. They sought spiritual reinforcement from God in difficult times, when people abandoned them, when they were persecuted, when their enemies sought their death. And the Lord strengthened them in a mysterious manner by the grace of the Holy Spirit.

We learn another thing from the life of the Prophet Elias: that every prophet left behind him spiritual offspring. The prophets were not people like the celebrities of this world, who flash forth brightly before disappearing. The prophets left behind them disciples so that the cause to which they ministered would not die after their death. When Elias was taken up into heaven in God’s chariot, Eliseus took up his mantle – that is, his cloak – and struck the water with it, and the water parted. Eliseus then understood that the spiritual inheritance of the Prophet Elias had been transferred to him. It often happened that the disciples turned out to be higher than their teacher, because the spirit that was on one prophet transferred to another with even greater power working through him. Thus this spiritual continuity passed from one prophet until another, right up to the last of the prophets and the first of the apostles: John the Baptist. Then it passed from one apostle to another, then to the bishops, priests, and to all the people of God, who also passed on this grace-filled testimony about God from one generation to another; it has reached us, and we are now its possessors.

Therefore, when we remember the Old Testament prophets, we are not remembering certain people who lived in antiquity and who three thousand years ago were famous for their great deeds, but rather saints whose spiritual heritage continues to live in our Church. Remembering them and praying to them, we hope to be imbued at least to a small degree with the spirit in which they lived, and to receive at least a portion of the grace of God that was granted to them not for their own sakes, but in order to help them bear the difficult mission of witnessing to God before people – the cross under whose weight we sometimes bend, not finding the strength within ourselves to bear it.

Sometimes we say: Lord, this is impossible; this cross is too heavy for me. And then the grace of God comes in “a still small voice,” and its refreshing and strengthening breath gives us new strength. 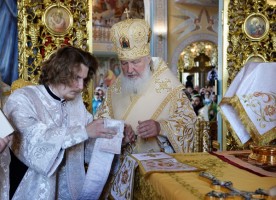 Your Eminence, Vladyka Metropolitan Barnabas! Your Excellency, Head of Chuvashia! Your Eminences and Graces! Honorable leading…