Who Is My Neighbour: the Rise of a Snitch Culture 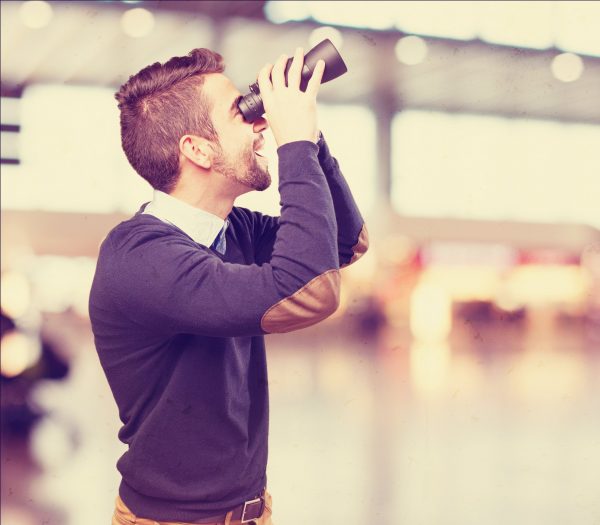 The current Covid pandemic is leaving many people scrambling, doing their best to navigate through (the now proverbial) uncharted waters. Government workers are trying to devise policies to combat the pandemic while inflicting as little harm on the economy as possible, and frontline health care workers are stressed and overworked. None of what follows should be regarded minimizing or even commenting on the significance of the pandemic, which many people have compared to a war. But one aspect of the war requires some comment, something that may be considered as unintended collateral damage: the rise of a snitch culture.

Here in B.C. gatherings large and small have been outlawed and criminalized. Take church gatherings, for example: our chief Public Health official has declared that in-person gatherings for worship may not take place, and those defying this Public Health order are subject to substantial fines. A few churches in the area, while practicing social distancing and wearing masks, have decided that their consciences will not allow them to comply with this order, and so they have met for social distanced worship and are quite willing to pay the fine. I am told that in these cases escalating fines and even criminal charges are now being considered.

The ban on gatherings includes meetings inside private homes, which are of course more difficult to detect. So, the local police force have asked for the public’s help: a “snitch line” has been set up whereby neighbours may inform on those whom they see violating the Public Health orders, and the police chief has publicly asked the populace to be vigilant and to snitch on their neighbours.

The presence of a snitch culture is not at all new. In the Roman Empire, for example, gatherings for Christian worship were also banned and criminalized, and Christians then being quite unpopular, were subject to snitching, whereby their pagan or Jewish neighbours told the authorities where and when the Christians were meeting. That is why doorkeepers were posted at the doors of the house-churches in those ancient times, keeping a lookout for the police. A liturgical vestige of this practice persists in Orthodox worship today, when the deacon cries out to the doorkeeper, “The doors! The doors!”—i.e. guard the doors against intrusion.

The presence of a snitch culture also existed in Nazi Germany during the Second World War, and in East Germany after it. In those days, one had to worry about what one’s neighbour might tell the Gestapo or the Stasi, and live in fear of unwelcome police visits or arrest. In Soviet Russia, private church meetings were similarly banned, and Christians lived in fear of detection by one’s close neighbour and of what they might tell the KGB. The same sort of system holds today in Communist China. Arguably police states cannot operate apart from such popular collaboration and a widespread system of willing informants.

The B.C. snitch line here is, of course, well-intended, and its stated purpose is to help minimize the spread of infection through irresponsible gatherings. The problem with a snitch culture, however, like that of vigilante-ism, is that it quickly slips its moorings and leads to paranoia and to extremes. Fear often causes people to lash out in an attempt to gain control, and further leads to scapegoating and to over-reach.

How else to explain the presence of two police cars (count ‘em: two!) pulling up at the front door of a mother in a city near where I live. (This story, by the way, is not hearsay or anecdotal, but is based on the mother recounting her experience on Facebook.) The police had received a report from her (unnamed) neighbour that four children were bouncing on a trampoline in her backyard, and this was considered as an unlawful gathering. And indeed, four youngsters had indeed been bouncing on the backyard trampoline: her two children and two of their playmates with whom presumably they routinely played with at school. Fortunately by the time the police arrived at her door the kids had finished bouncing and the neighbouring children had gone home. This being so, the police explained, she would not given been the $2300 fine, which would have been the case if the kids were still playing in the backyard. The mother concluded that from then on she would keep her children indoors, and (she said) possibly spend the time reading up on what her rights were under the Canadian Constitution.

This example illustrates the problem with a snitch culture. At the beginning of the pandemic, our chief B.C. Public Health officer exhorted everyone to “Be calm, and be kind”. This was excellent advice, but calmness and kindness are the first casualties in a snitch culture. Fear takes the place of calmness, and hysteria often takes the place of kindness, so that one now needs to live in fear of what the neighbours might be telling the police. Do they think there are too many cars parked in your driveway or too many people at your Christmas supper table? Or too many kids bouncing on your trampoline?

In this atmosphere, everyone is a potential enemy. Who’s that knocking at the door? Why is my neighbour looking at me from across the yard? Should we close the curtains if grandpa comes for supper? Should we dismantle the trampoline until everyone has been vaccinated? One quickly sees the problem: as Paul Simon once sang, “Paranoia strikes deep in the heartland”. The social well has been poisoned, and one no longer knows whom to trust. The damage thus done to relationships may well endure beyond the end of the pandemic.

The challenge for Christians is to remember that our neighbours, even though they may be shrill, panicked, somewhat hysterical, and not at all kind, are still our neighbours. The divine commandment to love our neighbour still applies. Someone once asked Christ, “Who is my neighbour?” (Luke 10:29f). Christ declined to give him a straight answer because his question was wrong; it was aimed at producing as small a list of neighbours as possible, whereas Christ meant him to see everyone in need as a neighbour. But Christ’s counsel is still binding: we must love and help the one nearby.

Our snitch culture is threatening to poison the well, tempting us to regard our neighbour looking at us across the yard as our enemy. This temptation should be resisted. We must still love them and pray for them. And even if we think that their behaviour does constitute persecution, we are still not off the hook, for the Lord told us to pray even for those who persecute us. We must not drink from the well which fear has poisoned. The Lord has promised us a better water supply, a well of living water flowing from our hearts (John 4:14). Though we need not always trust our neighbours, we must still always love them.