What’s at Stake in How We Treat our Neighbors 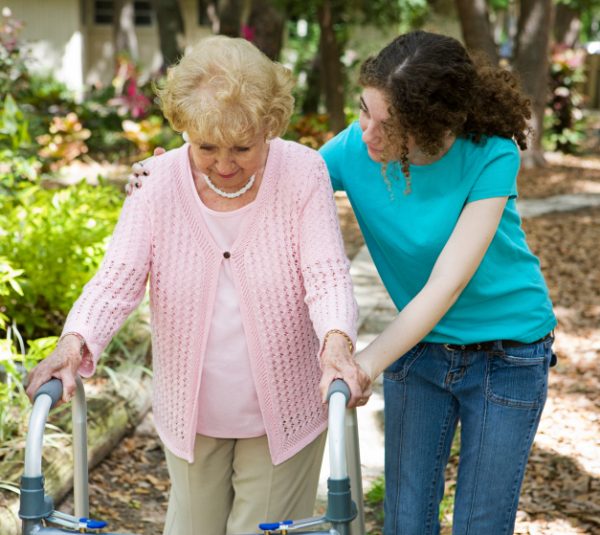 A few days ago, seven Coptic Christians were killed in Egypt as they were going on a pilgrimage to a monastery.  A week ago, eleven Jews were killed as they worshiped in a synagogue in Pittsburgh.  Houses of worship of whatever kind are increasingly targets for violence and vandalism.  Many of the perpetrators of such terrible deeds are motivated by distorted religious beliefs that lead them to think that God wants them to hate, kill, and assault people of other faiths or ethnic identities.  Nothing, of course, could be more contrary to the way of Christ, for how we treat other people is how we treat Him.  Whether we are finding the healing of our souls through sharing in His life is shown by how we treat others, regardless of who they are or what they believe.   Each person we encounter bears His image.

Today’s gospel reading describes a man who found the meaning and purpose of life in rich food and expensive clothes.  He was so absorbed in gratifying his self-centered desires that he had become blind to the humanity of poor Lazarus, a miserable beggar who wanted only crumbs and whose only comfort was when dogs licked his open sores.  There could be no greater contrast than the difference in life circumstances between these two men.

After their deaths, their situations were reversed.  The rich man had spent his life rejecting the teachings of Moses and the prophets about the necessity of showing mercy to the poor.   As such, he had done his best to turn away from God and weaken himself spiritually.  In life, he had made himself unable to recognize even the basic humanity of Lazarus as one who bore God’s image.  Consequently, after his death he was blind to the glory of God and perceived the divine majesty as only a burning flame that tormented him. When the rich man asked Father Abraham to send Lazarus to his brothers to warn them of the consequences of living such a life, the great patriarch responded, “‘If they do not hear Moses and the prophets, neither will they be convinced if someone should rise from the dead.’”

It would be hard to overstate the importance of that response.  We all have the ability to make ourselves blind to the most obvious teachings about how we are to treat our neighbors.  Since every neighbor is an icon of God, how we treat them reveals our relationship to the Lord.  Christ taught that what we do “to the least of these,” to the most wretched people, we do to Him.  If we spend our lives hating and disregarding the people around us, we will become those who hate and disregard our Lord.  That way of life is so corrupt that it will make us blind to the good news of our salvation, to our Lord’s victory over the power of sin and death in His glorious resurrection on the third day.  It is a way of shutting ourselves out of the joy of the Kingdom.

If we want examples of where that path leads, just look at those who have become so spiritually blind that they think it is good to despise and kill others in the name of God.  They are not that different from the rich man in the parable, who stepped over starving, bleeding Lazarus every day as he served only his desires for pleasure and self-indulgence.  He had lost the ability to see Lazarus as a neighbor and lived accordingly.

Terrorists and murderers may seem very different from self-centered people who ignore the needs of others, but the roots of their spiritual problems are the same.  They lie in the passions, in our slavery to the distorted desire to find meaning, purpose, and fulfillment in anything other than God.  It is impossible for us to have spiritually healthy relationships with anything in creation if we make idols out of them.   Since we are all made in the divine image and likeness, we will never find peace or satisfaction when our lives revolve around pleasure, possessions, power, revenge, or anything else but the Lord.  The more we give our lives to them, the more we will be their slaves and the more we will justify doing anything to gratify them.  The resulting spiritual blindness leads only to more blindness, more corruption, and more depravity.  When we lose the ability to see any human person as an icon of God and a neighbor in whom we are called to serve Jesus Christ, we become just like the rich man in the parable.

St. Paul taught the Ephesians that the very ground of their life was “God, Who is rich in mercy…[and] even when we were dead through our trespasses, made us alive together with Christ…”  They did not somehow earn God’s favor by doing enough good deeds by their own power, “For by grace you have been saved through faith; and this is not of your own doing, it is the gift of God.”  The apostle also teaches that those who have received His grace are “created in Christ Jesus for good works…that we should walk in them.”

A life that displays the love of Christ in relation to our neighbors is not something that we achieve simply by trying to follow a rule.  Instead, it is a sign of being healed from slavery to our passions by the grace of God.  Healing comes to our corrupt souls through our Lord’s mercy, which we cannot earn and do not deserve.  The point of the Christian life is not simply to follow laws or develop virtues based on our own ability.  It is instead to be transformed personally by the gracious divine energies to the point that the boundless love of our Lord becomes characteristic of who we are as we live and breathe in this world.

If we know that we are being saved through the undeserved grace of God, despite our sins, we must manifest that same grace in relation to our neighbors, especially those we are inclined to hate, condemn, or disregard.  Jesus Christ modeled such a gracious life by ministering to the despised Samaritans and Gentiles, and even praising the faith of a Roman centurion as being superior to that of anyone in Israel.  (e.g., Lk 7:9)  When some of the disciples wanted to pray that fire would destroy a Samaritan village that had rejected them, the Lord refused and corrected them for having the wrong spirit. (Lk. 9:54-55)  He died for the salvation of those who crucified Him, and even prayed for their forgiveness from the cross.  Throughout His ministry, the Savior rejected the temptation to become the expected nationalistic ruler who would serve passions for revenge and domination against enemies and foreigners.  He refused to become a conventional worldly leader by hating and destroying people for being of a different faith and ethnicity.  He had nothing to do with the dark paths that continue to lead people to such spiritual blindness to this very day.

If we recognize the love and mercy that the Savior has extended to us, despite our past and present sins, we will understand that our lives must become icons of His love and mercy to our neighbors.  If we are not being transformed by the Lord’s grace in a fashion that leads us to serve Him in the Lazaruses of our lives, including our enemies, then we risk becoming ultimately like the rich man in the parable.  If we blind ourselves to His presence in the suffering and difficult people around us every day, then we will prefer slavery to the passions over the great victory that our Lord has achieved through His glorious resurrection on the third day.  How we treat others manifests whether we are finding the healing of our souls.   Since we have received grace, let us show grace to our neighbors, no matter who they are or what they believe.  Otherwise, we will reject the gracious Lord Who has made even “strangers and foreigners” like you and me into “fellow citizens of the saints and members of God’s household.”  (Eph. 2:19)