Why Believe? Part 3 – Striving for Greatness 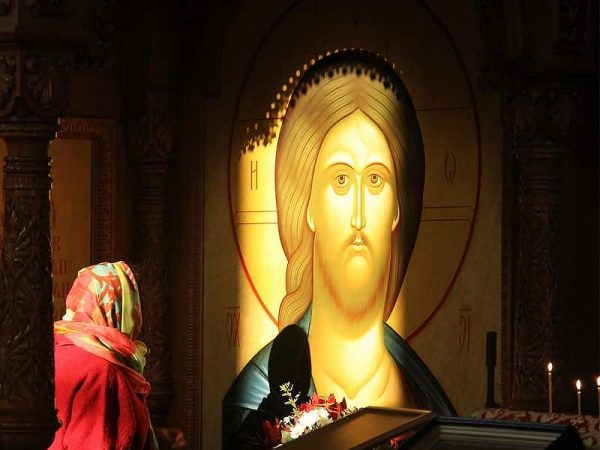 Greatness inspires! Think of someone who has inspired you in your life, someone who has pushed you to strive for greatness. It could be some renown historical figure – a Rosa Parks, an Abraham Lincoln, a Nelson Mandela or Mother Teresa, an Albert Einstein or Martin Luther King, an Aleksander Solzenitsyn or a Beethoven. It could be some little-known personal figure– someone who the world may not know and yet you know, and who inspires you. Of course, reflecting on greatness naturally leads one to think how we understand “greatness?” Is greatness defined as someone who has accumulated wealth, power, influence, or fame? Is it someone who made some discovery or has touched the world in a way to make it a better place? For me, I’d define greatness in relation to love, humility, peace, grace, and holiness – someone who loves God and loves their neighbor, someone who has a sacrificial spirit in serving others, someone who reflects a humble attitude in acknowledging God as the Source of all that is good and beautiful and pure. Greatness, for me, is a saint who lives a life that touches the lives of others with this divine love.

Well, I’m continuing my four-part sermon series on “Why Believe? And What To Believe?” In “Why Believe? Part 1” I shared how all people from diverse cultures throughout history believed in something beyond themselves, beyond the here and now, beyond this material world. In “Why Believe? Part 2” I brought up how different religions and religious thought throughout history tried to offer answers to the existential questions of life. And I focused on the specific question of “What is the meaning of life? What is our purpose during this brief existence here on earth?”

Today in “Why Believe? Part 3” I turn our attention to greatness, greatness that inspires others to greatness. If we look for the most influential figure throughout world history, the person who has not only touched the lives but changed the lives of people, one could make a very strong argument that Jesus Christ is that person. Why? Who is He? What has He done that would be considered great by the world, and how has He inspired others to greatness? Well, the answers should be obvious for any faithful Christian, and it should be obvious how Christianity has been the most influential force in Western civilization and world history. Yet, I’m afraid this isn’t so obvious in our post-Christian society where many so-called Christians don’t really even know their faith and many people in the West don’t know well their own history.

So, who is Jesus and why is He great?

First, we can look at JESUS THE WISE TEACHER. Christ offers some of history’s most inspiring words of wisdom through His Sermon on the Mount, through His teachings, and in the way He shared parables and stories that would help His listeners understand His message of love. Christ taught in a simple yet profound manner that not only touched the hearts of His listeners but inspired people to respond to His teachings. “Love your enemy. Do unto others as you want them to do to you. Forgive others seventy times seven. Where your treasure is, there you’re your heart be. Seek first the kingdom of God and His righteousness. Enter by the narrow gate. Be perfect as your Father in heaven is perfect.” Even when His enemies felt threatened and wanted to arrest him, the guards came back saying, “No person ever spoke like this Man.”

Along with His teachings of wisdom and truth, however, Jesus made certain outrageous claims about Himself. For example, He said “Before Abraham was, I AM.” Abraham was the great patriarch of Jews and Muslims who lived 2000 years before Christ, and yet Jesus claims that before Abraham existed, “I AM.” Jesus takes on the name of the Eternal God, identifying Himself with the Creator of the universe and believing He existed before all time and creation.

That is only one outrageous claim. Jesus also asserted:

Now think about each of these statements. They are much more than some wise teachings. Actually, if some great teacher made these incredible claims, we would no longer think they are so great or wise. We would probably think they’re crazy or deranged.

Yet, Jesus’ life did not reflect the life of a mentally unstable person. He motivated people not by force or coercion, not with violence or threats, not out of fear or guilt. People followed Christ because they saw something in Him they loved. His message and His life inspired people to become more loving, compassionate, kind, caring people. With these outrageous claims, Jesus was clearly stating that He is not simply a great philosopher or wise sage. He is something much greater! And His life of compassionate service and sacrificial love touched and inspired His followers, and showed them a path towards a new life, a life of transformation, of transfiguration. That is why countless people followed Him not only in the first century, but in every generation since then!

More than His words and teaching, Jesus revealed to the world what Divine Love truly He. He is Love Incarnate, Divine Love that becomes a person. His life of unconditional and sacrificial love lived out His teaching that “No one has greater love than this, to lay down one’s life for his friends.” He laid down His life not only for his friends, but even for his enemies and for the entire world. He took the suffering and brokenness and sinfulness of the world upon Himself and then transformed the ugly darkness into new life. He lifted people up and showed them the way to become a “new creation.”

Each of these instances show the impact of Christ’s life on other people. And it’s not just the lives of people we read about in the Bible. Literally, in every generation since the time of Christ, countless peoples’ lives have been changed for the better because of Jesus Christ. His words have inspired them. The example of His life has motivated them. His living Spirit has empowered people to change and become a new creation.

Then, of course, there is the aspect of Christ’s life as a miracle worker. He gave sight to a man born blind. He raised a paralyzed person suffering 38 years and gave him the ability to walk. He cleansed the lepers. He freed people from demon possession. He literally raised three people from the dead. He performed numerous miracles to heal people, and of course, He did the greatest miracle in history by coming back to life after being dead in a tomb three days. He is the conqueror of death, and through this death He has opened a path of eternal life for all people.

Over the past weeks I have been asking the question “Why Believe?”

We all love greatness and have been inspired by the greatness of certain individuals throughout history. Jesus Christ stands above all historical figures in the influence and life-changing impact He has had on people throughout world history. It’s so fascinating to note that He was a man born in an insignificant village to a poor, peasant woman. He had no formal education and never wrote a book. He never held a political position nor led an army in battle. He never traveled far from his home. He achieved no worldly success and amassed no earthly wealth. In His day, His own fame led to His untimely demise and an unjust death.

Yet, we have to ask ourselves how it was possible that such a person changed world history? How did such a person impact the lives of millions and literally billions of people over the past 2000 years? What was the greatness of this person, Jesus Christ?

His words of wisdom. His example of service. His life of love. His victory over darkness and evil and death itself. His Spirit of power to change and transform hearts.

Why Believe? Because we look and long for inspiration from great figures in history, and we can find, in the person of Jesus Christ, no greater example of love, wisdom, and inspiration. We believe in Jesus Christ because it is He who will help us discover anew the best way to live the most meaningful life, and who conquers death itself so that we will live for eternity!