Why How You Feel Is Not All That Valuable 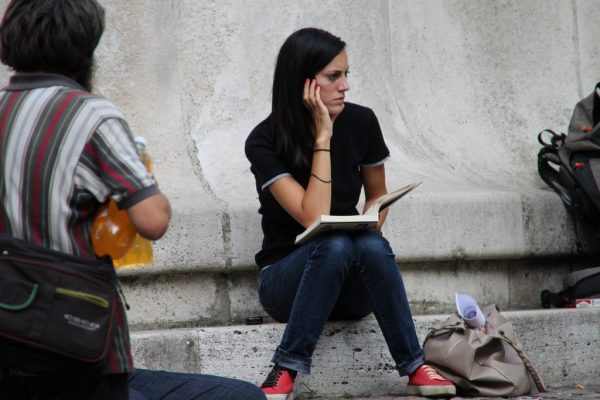 We live in a culture of strong feelings. How we “feel” about something is generally taken to mean “what I believe.” This is not at all the case. Most people have a set of feelings or sentiments that largely serve the purpose of supporting the story they tell themselves about who they are. “I am a person who cares about animals.” It does not actually pierce through to the level of describing character. It would be more accurate to say, “I am the kind of person who is defined by a set of feelings.” For the feelings themselves, our sentiments, quite often do not rise to the level of action, nor constitute a way of living. The actual character of a person would be best observed by watching them for a few weeks and studying their actions (not listening to their words). How we feel and how we live are frequently not the same thing at all.

Sentiment is a function of the passions, and rather shallow passions, at that. It is a disposition towards pleasure. A sentiment that says, “I think human suffering is terrible,” is generally a sentiment that will avoid confronting the nature of suffering and its true depths. If you’re decently middle-class, you can afford to avoid encounters with many forms of suffering. You can filter your friends-list in a manner to see and hear what you find pleasant and agreeable.

In a culture driven by consumption, sentiment is a disposition nurtured and manipulated by those who seek to sell us things. They do not sell sentiment. Rather, they use sentiment to sell products. Sentiment is far more malleable than deeply held beliefs, or a true way of life. The “way of life” of most Americans is indistinguishable, regardless of their sentiments. You can visit all of the homes in a neighborhood and have no idea of the sentiments of its citizens, other than the stray bumper sticker or two, or perhaps a gun rack in a truck. But the actual life-ways of our citizens are a rather narrow range of behaviors.

Sentimentality is a secular practice in which secular people convince themselves that their lives matter.

Doing some research for this article, I ran across an interesting quote from Stanley Hauerwas:

“I had a colleague at the University of Notre Dame who taught Judaica. He was Jewish and always said that any religion that does not tell you what to do with your genitals and pots and pans cannot be interesting. That is exactly true. In the church we tell you what you can and cannot do with your genitals. They are not your own. They are not private. That means that you cannot commit adultery. If you do, you are no longer a member of “us.” Of course pots and pans are equally important…”

I would expand on this and say that the Church has much to say about our whole body (as well as pots and pans).

This quote points to an example that exposes the emptiness of sentimentality. Secularized Christians (as well as secularized Jews) have a distinct sense that their bodies are their own, and that their moral life is governed by how they themselves believe and feel and not by what a religious institution (for so they would call it) tells them.

Over the years of working with converts to Orthodoxy, I have occasionally found people who hesitated to become Orthodox “because it is so hard.” What that means, generally, is that Orthodox Christianity asks for things beyond the sentiments of secularism. The sentiments of secularism suggest to us that we are free to believe anything we like, so long as that belief can be practiced in private and makes few demands on others. Most of this is to say that your belief is fine, so long as it is nothing more than belief.

When I first ran across this sort of objection to Orthodoxy, I thought that people were looking at the full monastic regimen of fasting and such and that it seemed beyond their reach. My first reaction was to point out that the actual ascetical practice in the parish is less demanding, but that the books (and calendars) tend to describe the maximum. Over time, I’ve learned that this is not really the issue. The greater issue is that Orthodoxy (rightly taught) demands a non-secular way of life. It is intentionally inconvenient. I would say that it should even be publicly embarrassing from time to time.

Secularism has taught us to think as individualized agents. And so, when questions of right and wrong arise, secularity leaves us cut adrift in a sea of feelings. I frequently hear things such as, “It’s complicated,” generally meaning, “I have conflicted feelings about this matter.” Its natural for a human being to have conflicted feelings, for feelings are mostly the result of the disordered passions to which we are enthralled. We feel sorry for someone; but we are also a little afraid; we are drawn towards helping them; but we do not want to create a scene. We think babies are wonderful; but a young mother’s difficult circumstances demand compassion. On and on the passions rage. Each feeling is real, but in no way are sentiments the proper ground for making decisions, much less governing a society and doing justice. The reign of sentimentality is the reason behind the dominance of public shaming as an attempted moral practice.

The moral philosopher, Alasdair MacIntyre (Whose Justice, Which Rationality), famously described the contradictions within modern American thought. Examining a number of major Supreme Court decisions he noted numerous contradictory philosophical positions even within a single paragraph. We cannot think; we feel and our sentiments learn to make thinking noises. The result is a complicated confusion.

But, in truth, love is not complicated. Sometimes it is fierce or bitter, it understands sorrow and endures pain. Love does not waver in the face of sentiment. Sentiment is complicated because it is a mass of passions, not a single thing.

Aristotle was among the earliest philosophers to describe the ethical life. His approach was not to ask about the nature of right and wrong. Instead, his questions were about the character of a good person. The truly good person he deemed a “great soul.” A great-souled person acts rightly because of the rightness of his character. Thus, morality is a matter of virtue and its acquisition. In this, Aristotle and Orthodoxy agree.

A person who is governed by the passions (sentiments) will ultimately not be a reliable moral agent, for they do not have the virtue of a great soul. To nurture a soul in sentimentality is to destroy its character. A culture dominated by sentiment rather than virtue cannot rightly govern itself nor be trusted in its interactions with others. This is the culture we live in. It also explains why the choices presented to us are uniformly bad. In a land of sentiment, a land without virtue, there are only moral agents without character. Nothing good will come of them.

These observations are not light things, but they are generally certain. The Christian faith offers us clear guidance in the nature of right and wrong. More importantly, it offers the means of becoming the kind of person who can actually do the right thing. The acquisition of virtue is a primary goal of the Orthodox life – to become like Christ in all things. He is the true image of the great-soul.

Our faith has much to say about what we do with our bodies, and even, in a sense, what we do with our pots and pans. Those instructions are not rules given to crush us. They are tools given for the acquisition of virtue. Virtue asks the question of character. What kind of person does the right thing? Those who are governed by sentiment, driven by the passions nurtured in the bosom of a consumerist culture will never become people of virtue.

Feelings are interesting. They come and they go like the small pleasures of life. In the end, they don’t matter much unless they are allowed to matter much. Then they matter because they destroy us and make us into slaves.

God wants more for us.