Why Shouldn’t We Believe our Dreams?

Source: Orthodox Life (Russian)
What actually are our dreams: mysterious signs from the other world or sick fantasies of our mind? Yaroslav Khizhnyak, PhD in Theology, explained it.
Pravmir.com team | 22 January 2019 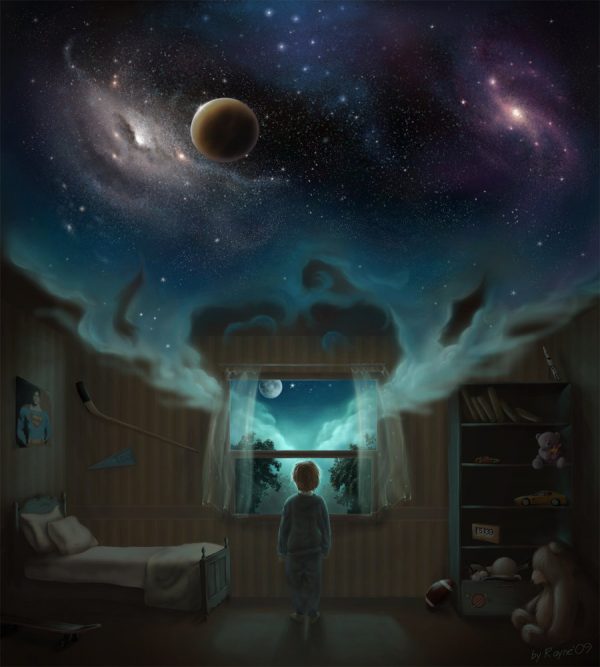 The modern world is diverse in its forms. It has a lot of entertainments and… sins. It actively promotes social justice and the right to improve the living standards. At all times, people have sometimes gone mad in search of effective means of achieving earthly goods. Yet we know that being happy does not mean making excuses: as if we are called to this world to enjoy its benefits no matter how we achieve this.

All kinds of piety (social, religious) have diminished their influence on society so much that they seem to have disappeared altogether. Then a person inspired by myths about beautiful life is ready to go to any length. Yes, it is quite natural that a person wants to live like all normal people, to have a comfortable accommodation, and to celebrate holidays. However, it is bad, when a person accustomed to saying “I want” begins to live by the “I want to be a boss and for everyone else to be my subordinates; I want everything in the world to be just for me” principle. To achieve this goal a person resorts to the most sophisticated means including such as witchcraft and dream divination. Having endowed dreams with mystery and sacrality, they often do not even think about their nature.

There are superstitious people who seem to go to church on holidays, have neither killed nor robbed anyone, who consider themselves Orthodox Christians, but, in fact, they are not. Such people firmly believe the regulations of all sorts of psychics and “white witches”, who say that they want to help them, but, in truth, pull them into the abyss.

Our Dreams: Signs or Sick Imagination

What actually are our dreams: mysterious signs from the other world or sick fantasies of our mind?

While sleeping, when our consciousness weakens, we lose control over ourselves, we become sincere, and we have nothing to be ashamed of: a mask falls from our face, all our unfulfilled desires are realized, and we become ourselves. Typical for our dreams images and mental states are the most true and explicit manifestations of our real personality. Sober and skillful assessment of the dreams can help with self-discovery and with opening our eyes to many things. To some extent, dreams can be an indicator of the purity of the soul.

Sometimes while sleeping we can commit such sins that do not exist in reality. It is an indicator of the fact that the purification of the soul is only superficial, sin is still lurking in its depths. The Holy Fathers argue that only with complete purification of the heart, dreams will always be pure and bright. The nature of dreams corresponds to the person’s spiritual state. The enemy of the human kind having access to our souls during our waking hours, also has it in our sleep. He seduces us with sins in our sleep, mixing his dreams with our dreams. Also, having noticed our attention to dreams, he enhances their attractiveness and draws more attention to this nonsense so that we begin to trust them over time. Such trust is always connected with pride, which makes our internal view of ourselves clouded.

Not all dreams deserve our focused attention. God Himself commands the chosen people through Moses, “Nor shall you practice divination or soothsaying” (Leviticus 19:26). Everyone has the right to decide how to live. “Senseless people, – says the wise Sirach, – have empty and false hopes, and dreams excite fools. Those who pay attention to dreams are just like people who grasp at a shadow or pursue the wind. What a person sees in a dream is a reflection, a face looking at its own likeness” (34:1-3).

Dreams quite often mislead us and contradict the realities of life. Saint John Cassian the Roman tells a story of a person, whom the fallen angels made think in a dream that he would live a long life. He collected enough savings to live carefree up to old age, but he suddenly fell ill and soon died: thus, he could not get any benefit from his wealth, and at the same time could not take any good deed with him to eternity.

Neither Accept Nor Reject

Both in regard to reasoning about dreams: whether they are the blessing or from evil; and to all supernatural phenomena, the Holy Fathers have a rule: neither accept nor reject. This reasonable rule will save a person from pride and extolment if they attribute such phenomena to divine grace and will also save them from blasphemy against grace if it has actually manifested.

Unfortunately, not everyone wants to think about it. Calling their mistakes a sin and not a virtue is not to their advantage. Not only do they not want to repent, but they also want to be exalted while presenting their sinful actions as an example for others, and in the end the corrupt human nature takes over. Many people, including highly educated professionals, resort to dream divination in case of failure. A good secular education does not help here, and religious skepticism disappears somewhere. Even those, who keep up with the times and promote progress up to the cultivation of specific organs, still remain superstitious, are still afraid of telling someone about their bad dream for it not to come true or, vice versa, they tell about their good dream in the hope of it certainly happening. A person is afraid of changing something in their life, it is easier to say that everyone does so. That is too bad, because without having true faith in God, a person inevitably frees a place in their soul for the false, vain, and petty faith.