Genuine and False Experiences of the Grace of God 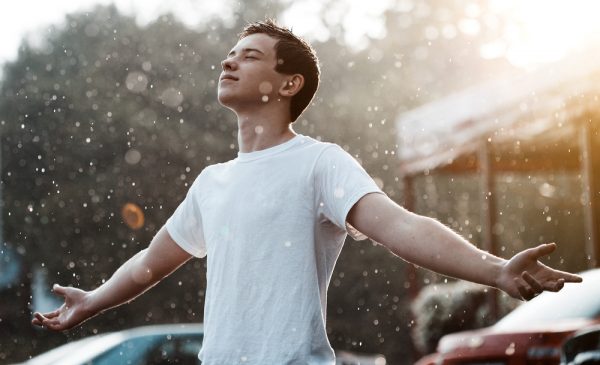 I am very pleased to see at this evening’s meeting, a holy and blessed gathering, the honorable Presbytery, a pious crowd, who through the blessing and invitation of your Most Reverend Metropolitan and Head Shepherd, are gathered here so that all of us may confess our True faith to our God-Man Lord. Your presence this evening is not only the attendance of a lecture but also the witnessing of the Orthodox faith. As the Lord said in the Holy Bible: “Whoever confesses Me in front of men, I shall confess him in front of My Father in Heaven.”

The purpose of our life, as you know, is our union with God. As the Holy Bible says, man was created “in the image and the likeness of God, namely to unite with Him. The likeness of man with God, our holy Fathers call “Theosis“. Can you see how great the purpose of man’s life is? Not to simply become better, more virtuous, more courteous by God, by grace. And what is the difference between Holy God and the deified man? That our Maker and Creator is God in nature according to His nature, while we become gods by grace for although by nature we remain men, by His grace we are deified.

When man unites with God by grace, he receives also the experience of God; he can sense God. Otherwise how could we unite with God without feeling His grace?

Before the first-created ones in Paradise sinned, they could converse with God, they could feel Divine grace. God created man to be priest, prophet, king. Priest, to accept His existence and the world as gifts of God, to offer in return himself and the world to God eucharistically and doxologically. Prophet, to understand the mysteries of God. King, to reign over material creation and himself. To use nature, not as a tyrant but as a ruler. Not to abuse creation but use it thankfully. Today’s man does not use nature logically but instead acts self-centeredly and foolishly, and as a result, destroy his natural surroundings and within it, destroy himself.

If man had not sinned and replaced his love and obedience to God with his selfishness, he would not have separated himself from God; he would have been king, priest and prophet. However, Holy God Who hurts for His creature, wishes to return man back to the state where he can again become a True priest, prophet and king. To be able to again attain the experience of God and united with Him. It is for this, that in the narrations of the Old Testament we see God gradually preparing mankind’s salvation with the coming of His only Son. He thus provides the gifts like those that man had before his fall – for example, the gift of prophecy. In the Old Testament there were men, like the prophet Elijah, the prophet Isaiah, the prophet Moses, who received the prophetic gift and who sighted the glory of God. However this gift was not generally given to all, nor was it for the entire duration of their lives; it was a partial grace that God had given them for a specific purpose and for circumstantial occasions. Namely, whenever God wished these just men to proclaim the coming of Christ to the world or to declare His Will, they were given the capacity to receive experiences and revelations.

However, the prophet Joel had prophesied that a time will come when God will bestow the grace of the Holy Spirit – not only to select men and for a specific purpose – but to all people. Here is what the prophesy of Joel says: “… I shall put My Spirit upon all flesh”, I shall give My Spirit to every person, “and your sons and daughters shall prophesy, your old men shall dream dreams, your young men shall see visions” (Joel 2:28). Namely, my people will see spiritual visions; they will see the mysteries of God. This pouring forth of the Holy Spirit took place during the days of the Pentecost. On that day, the grace of the Holy Spirit was bestowed upon the entire assembled Church. This grace was not bestowed during the period of the Old Testament because Christ was not yet incarnate. The communion of man with God to first be restored, for God to give the grace of the Holy Spirit to all the people. This communion Our Savior Christ achieved through His Incarnation.

The first union that God had with man in Paradise was not hypostatic, which is why it failed. The second union is hypostatic namely personal. In the hypostatic Person of Christ, human nature was united, undisturbed, properly, indivisibly, with the divine nature forever. No matter how much men sin, it is no longer possible for human nature to be separated from God, because in Jesus Christ, the God-man, it is united with the Divine Nature.

For man therefore to be able to receive the Holy Spirit, to become priest, king and prophet, to know the mysteries of God and to feel God, he must become a member of the Body of Christ, of the Church. Jesus Christ is the only One, True and Perfect Priest, King and Prophet. What Adam and Eve were created for and had failed on account of sin and selfishness, was effected by Christ. Now all of us, united with Christ, can partake in the three offices of Christ, the royal, the prophetic and the priestly. At this juncture we must clarify that with Holy Baptism and Chrismation, a Christian receives priesthood, but not the special priesthood that is obtained through tonsuring and through which the officiators of the Church receive the grace to perform the Mysteries (Sacraments) in the Church and to shepherd the lay flock.

Laity, however, is not only the non-priests but also those through Holy Baptism and Chrismation receive the right to be members of the people of God and the Body of Christ, and to participate in the three offices of Christ. In fact the more healthy, conscious and active member of the people of God and of the Body of Christ that the Christian is, the more closely he participates in the hierarchical, prophetic and royal right of Christ, and that far greater experience and feeling of His grace that he receives, we can see in the lives of the Saints of our Faith.