Women and the Priesthood

The fact that women became equal to men in many spheres of human life, including politics, has nothing to do with the church order. In order to introduce female priesthood we need a new Revelation as powerful as the Revelation of the New Testament, and the creation of a New Testament Church. Since such a Revelation has not happened, we cannot make any radical changes to the established church order.
Orthodoxy and the World | 08 February 2009

Why does the Orthodox Church not ordain women as priests? What is the Orthodox Church’s stance on the idea of ordaining women to priesthood? Is it possible that one day there are women priests in the Orthodox Church? These are the questions which are being discussed today both by some Orthodox people and by people from other confessions who are interested in Orthodoxy or are on the way to accepting it.

Though there are many articles on this topic to be found on the Internet, it might be difficult for someone to find a consensus or a strong final answer. Someone might feel like writers are merely guessing at why our practice is such, and that women may in fact be allowed into the priesthood in the distant future.

The editors of ‘Orthodoxy and the World’ addressed these questions to several Orthodox theologians. Here we present their answers and hope that they can help those who are confronted by all sorts of different opinions. 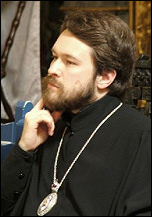 The Orthodox Church follows the order established by the Apostles themselves. Christ chose only men to be His Apostles, who themselves never ordained female priests. Throughout centuries sacramental functions in the church have been performed exclusively by men. Some people explain this fact by cultural traditions. We know, however, that in Ancient Greece there were priestesses and, apart from Judaism, the very idea of women priests was not alien to the ancient culture.

Christianity expanded quickly in the Greek and Roman worlds. I think that if priesthood for women had been possible it would have been introduced at the earliest stage of the Church’s existence. But this did not happen. Up to the present day the Church has maintained the same order as was set by the Apostles.

The fact that women became equal to men in many spheres of human life, including politics, has nothing to do with the church order. In order to introduce female priesthood we need a new Revelation as powerful as the Revelation of the New Testament, and the creation of a New Testament Church. Since such a Revelation has not happened, we cannot make any radical changes to the established church order.

Having said all that, we should admit that there is no clear theological argument against a woman being a priest. I mean an argument that would be convincing not only for Orthodox Christians, but also for members of other Christian confessions where the female priesthood has already been introduced or is about to be. At an Orthodox Liturgy a priest represents Christ. The question why a woman cannot represent Christ is yet to be answered in theological terms.

To understand the reason why women are not enrolled in the priesthood, we must first of all put away one treacherous presupposition: that it has to do with relative value. It does have to do with roles, but here again, there is a destructive presupposition. Many people have, for centuries, equated roles with value, and they have extended the roles of men and women in the liturgical life of the Church (which deals with prophecy and revelation) to society, politics and industry which have nothing to do with the faith or the salvation of humanity.

The roles we are speaking of have nothing to do with caste, personal value or human worthiness. The roles of men and women in the Church are prophetic and deal with prophecy and revelation. Thus, throughout Scriptural history, women have held the prophetic role of revealing the Church: the nature and mission of the Church on earth (which is why in heaven, there is neither male nor female: because the Church on earth will have fulfilled her mission, and the revelation and prophecy about her will no longer be needed; likewise, the visible presence of Christ will bring to an end the prophetic role of the male). The prophecy about Christ has been proclaimed through the male prophets, with one exception: Eve. The promise to Eve that her offspring would wound Satan’s head was a clear prophecy, not about the Church but about Christ. That offspring was Christ, Who came forth from the Virgin as a fulfilment of this prophecy given through Eve. This is why we call Mary “the second Eve.”

Men are worth no more than women, women no more than men. But if we allowed the prophetic role of either or both to be corrupted, then we destroy the ultimate worth of both, and pervert the Gospel of Christ, corrupting our families and yielding to the wiles of Satan.

This is the extract from Archbishop Lazar’s article “GENDER AS PROPHECY AND REVELATION” which you can read here. 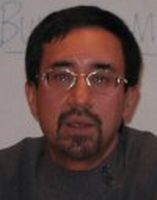 The question of women in the priesthood depends upon defining a priest. A priest is not the same as a Protestant minister. A woman may be a minister. A priest offers sacrifice. A Christian priest offers the sacrifice of Christ. Christ is the one who both offers (as High Priest) and is offered (as sacrificial victim). This is an unchangeable dogma of the Church, found in the Divine Liturgy. Therefore, the one who offers (the priest) must correspond to the one offered (the victim).

Christ is the Incarnate Logos, the Second Person of the Trinity. Christ was incarnate as a man. Why? The Holy Trinity is inherently neither male nor female. The Trinity is spirit. However, God the Father has revealed Himself as male. Why? The Father creates all things visible and invisible. The male is the source of creation. The female must be impregnated by the male. As the male is the natural source of creation, the supernatural source is revealed as Father. Christ, the Son, is eternally begotten of the Father. He is the image of the Father. When He is begotten in time, He reveals himself as a male.

If the priest is the type of Christ, women are the type of the Mother of God. The Mother of God is the most powerful intercessor among mortals. The ministry of women is maternal: intercession, loving service, education, and so forth. Mothers are not inferior to fathers. But mothers are not fathers. Men and women are created absolutely equal but different. To confuse one with the other is to deny the creative intention of God. Therefore, the movement to ordain women to the priesthood is fundamentally anti-Christian.