Source: Interfax-religion.com
Natalya Mihailova | 11 November 2014
Moscow, November 11, Interfax - Patriarch Kirill of Moscow and All Russia will open the 18th session of the World Russian People's Assembly in Moscow on Tuesday. 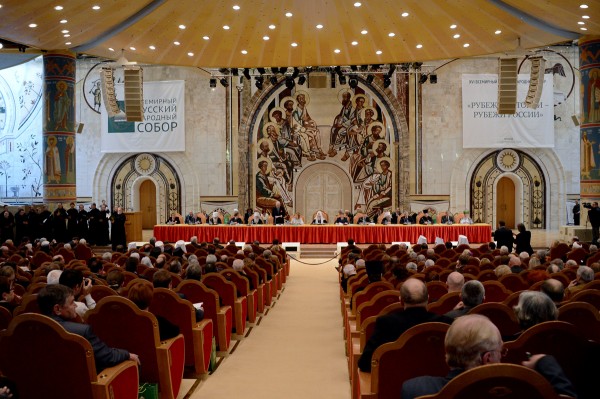 The event will be attended by government officials, the leaders of traditional religions, members of public organizations, security service officers, scholars, as well as delegates of the Russian communities in CIS and non-CIS countries, the assembly’s press service told Interfax-Religion.

The session will address a broad agenda, including the idea of the unity and relationship between different epochs of Russian history, as well as the presence of events and achievements in each of these epochs that unite the Russian people with other fraternal nations.

The World Russian People’s Assembly was established in 1993 as an international public organization, which is headed by the Patriarch of Moscow and All Russia. It received UN special consultative status in 2005.