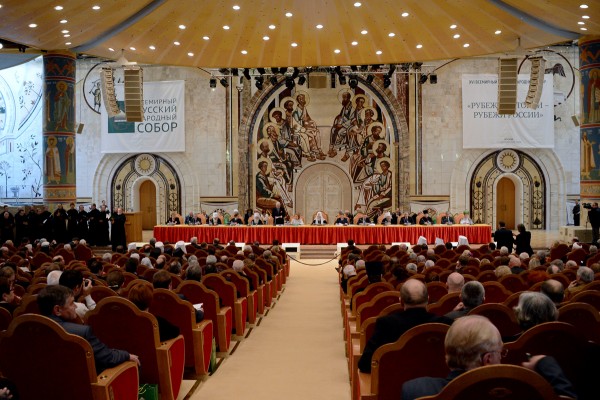 “We are calling on journalists across the world to impose a moratorium on the publication of caricatures offending the religious feelings of Muslims, Christians and adepts of other faiths. We would like remind that in Russia publicly offending the feelings of the devout and desecrating items of religious worship, signs and emblems symbolizing worldview, is illegal and must be prosecuted,” the Center said in a statement obtained by Interfax-Religion on Wednesday.

The document authors also urged the Muslim Ummah to do whatever they could “for the disarmament of terrorists and for defense of their convictions and symbols solely within the law.”

We are alarmed by the terrorist attacks in Paris, as well as “the inadequate response of the fairly influential forces both in Europe and in the Middle East, which pushes towards escalation of the standoff,” the authors said.

“To our deep regret, the parties to the conflict are showing a dangerous inability to hold a dialogue, fatal reluctance to understand and heed one another. And this may lead to dramatic consequences for the entire world,” the document said.

Calls to reprint the caricatures in response to the terrorist attacks are “irresponsible and unjust,” the VRNS said.

“This is a blow not to a handful of perpetrators, but to millions of totally innocent Muslims, a demonstration of disrespect to an entire civilization. Equally unjust and insolent was the desecration campaign once launched against Orthodox churches under the guise of ‘solidarity with the band ‘Pussy Riot’.’ No freedom of speech can justify the blasphemy and affront to the devout,” the statement said.

“So an essential pre-condition of the dialogue of cultures must be the willingness to restrict the freedom of any encroachments on the basic values of one another, be it a human or a sacred symbol,” the statement said.

The World Russian People’s Council was established in 1993 as an international public organization, which is headed by the Patriarch of Moscow and All Russia. It received UN special consultative status in 2005.