We Put Fabrications in the Place of God

Source: Pemptousia
Interview with Yorgos Kiousis
Protopresbyter Nikolaos Loudovikos | 23 June 2018
The real problem of our times isn’t atheism, but polytheism, which appears, in fact, in the form of idolatry. This creates a danger, because, in the place of Christ, the loving and sacrificed God, we set the bellowing monster of our narcissistic fabrications concerning power and domination. 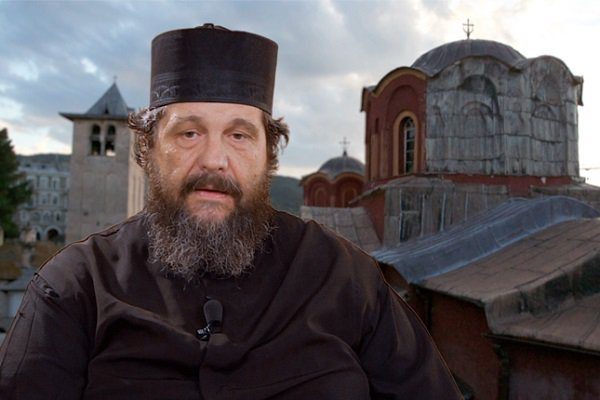 How do people today experience the event of Easter?

Beyond the emotional and festal investment, there’s also an astonishing existential revelation: that God descended into the condition of my chaos and irrationality, loving me, at the expense of being crucified by me. God cares about me and this costs Him. When everybody else wants to impose upon me, He exercises His freedom to have a relationship with me, not as ‘will to power’, but as love. He sacrifices and humbles Himself, He ‘loses out’ completely, and all for my sake. Christ is crucified because that’s the only way really to love the actual fractured person. So the Resurrection is the final, personal triumph of His painful co-existence in the lives of all people: Jews, Romans, Greeks, as well, of course, those of His terrified and confused disciples. Death and evil are defeated simultaneously in the loving embrace of Golgotha; ‘you stretched out your hands and united what had formerly been separate’.

What would you say to someone who’s going through their own Golgotha these days (homeless, jobless, sick)?

We’re all crucified on the Golgotha of history. Let’s make our personal cross a quest for the Cross of Christ. Christ’s Cross is the only one which isn’t tragic, because it’s the Resurrection Cross of sacrificing oneself for God and other people. Epictetus said that it’s not pain that terrifies people, but the absence of meaning. Calamities should become a profound quest for God, since He’s the real object of our desire, beyond the many and various demands we have. He’s the deep meaning Who supplies everything we lack.

A few days ago, Fr. Filotheos Faros said that ‘most clergymen are pastorally non-existent. They haven’t given support to those in need’. Do you agree?

The constant fanfare surrounding evil produces insecurity, violence, hostility and the counter temptation towards self-aggrandisement. Can’t we promote good just a little? I personally have met a number of holy clergymen and monks who’ve managed to transform disciples of Freud and Heidegger, people who had nothing to do with the Church, into theologians and clergymen. I feel greatly lacking compared to them.

You’ve said: ‘Let’s not lose the passions. Let’s transform them’. What did you mean?

Fortunately, Christianity is neither Platonism nor Stoicism. Everything in our body is and soul is made by God and is therefore absolutely sacred. What remains is that I should get angry, fall in love, play, create, eat, rejoice and be sad in a way that brings me ever closer to the divine source of my being: which is the Incarnation. God didn’t call me to escape from the world but to transform it into a place where He’s manifest.

Is the Resurrection ‘the feast of feasts and the festival of festivals’?

Christianity is a fierce enemy of any form of idealism, since it is, itself, nothing other than sacred materialism. The incarnation is the validation of matter and history, when these are offered to God and to others. Matter (according to the Fathers, even our soul is the most delicate form of matter!), history and, in the end, existential communion with God (as the Body of Christ, to put it more theologically) all go together to make up the existential and ontological fact of the Church.

Does it bother you that the secular excesses and comforts of ‘pastors’ take place in the name of God?

Judas was, in fact, one of Christ’s disciples. Personally, I’m much more troubled when in place of the above view of the Church, a completely meaningless view of it is adopted which sees it as a secular foundation which either, supposedly, leads the nation, or is neurotically concerned with policing the morals of others. That’s a Church without any affirmation of life.

Finally, how can we manage to experience the Resurrection at every moment, as a state of eternity, as the eternity of every moment?

The Resurrection is the opening up to interpenetration, the freedom which becomes love through the cross. That’s eternity. This is the end of the reign of the Marquis de Sade: others cease to be ‘objects of myself’, (to recall Kohout) and we enter existential authenticity through the revelation of others through ourselves and ourselves through others.