Freud’s Myth: Sexual Pleasure as the Goal of Human Existence 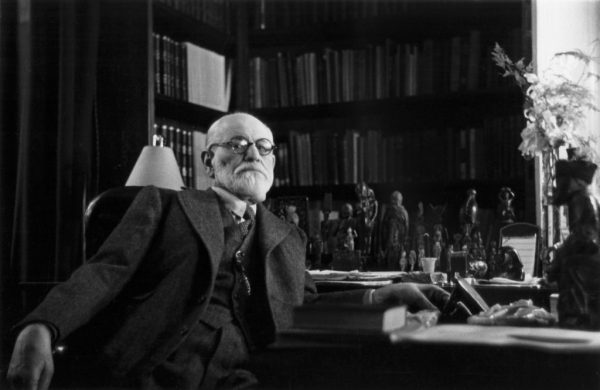 Sexual love is the strongest experience of satisfaction; in fact, it is the prototype of all happiness. Thus, we humans should make genital erotism the central point of our lives.

The degree to which you approve or disapprove of this statement determines, in large part, your relationship to the modern ethos of Western culture.

The above is a paraphrase of Sigmond Freud’s thought. Here is the passage in full from his work Civilization and its Discontents:

“Man’s discovery that sexual love afforded him the strongest experiences of satisfaction and in fact provided him with the prototype of all happiness, must have suggested to him that he should continue to seek the satisfaction of happiness in his life along the path of sexual relations and that he should make genital eroticism the central point of his life.”

Assuming the reader has a higher-than-average level of historical acumen, this quote will doubtless strike him or her as a cultural innovation born in a time of plenty and not of want, or (if you’re a fan of Spengler) born at the tail end of a civilization rather than at its beginning. The idea that “sexual love affords him the strongest experience of satisfaction” may be true of the swag libertine, with time to kill at the smoke shop on college avenue, but is probably not true of the man wearing a striped suit in a Nazi prison camp. It’s probably not true of anyone undergoing extreme physical or emotional suffering—all the way from something as universal as losing a loved one to something as extreme as living in a Soviet gulag, or dying with plague. Meaning, not sex, is the medicine of real human ills.

Viktor Frankl, a psychiatrist, neurologist and contemporary of Freud, learned the truth about our core human nature from his years as a prisoner at Dachau and Auschwitz. Summarizing an otherwise long discussion, Frankl states in Man’s Search for Meaning that “Man does not want to be happy; he wants a reason to be happy.” In order to endure and thrive in the face of our existential realities—death, suffering, isolation, frailty—human nature necessitates not sexual satisfaction but a deep sense of meaning and purpose in life. To borrow a line from Nietzsche (one which Frankl borrowed often), “Those who have a ‘why’ to live, can bear with almost any ‘how.’” An emphasis on genital eroticism supplies no “why” to life, and generally contributes to discontentment.

Freud would heartily disagree. In a letter to Marie Bonaparte, he made clear his thoughts on seeking meaning. Between cigars in the comfort of his posh office in Vienna, Freud wrote: “The moment a man questions the meaning and value of life he is sick, since objectively neither has any existence.”

Raise your hand if you’d still like Freud to be your therapist. The godfather of modern psychiatry believed that to questioned meaning and value in life was a mark of sickness (and people wonder why psychotherapy has not yet replaced religion).

In his fascinating work, The Triumph of the Therapeutic, Philip Rieff wrote: “Formally, if men were miserable, they went to church, so as to find the rationale of their misery; they did not expect to be happy, this idea is Greek, not Christian or Jewish.” Even the basic goal of happiness—which today we take for granted—is itself a cultural convention, to say nothing of Freud’s goal of genital eroticism.

A man in the Nazi prison camps did not pine over his next opportunity to express his sexuality, but rather struggled to find a reason to endure his agonizing trek towards almost certain death. If sexuality was the primary, constitutive factor of mankind—if “genital erotism” is “the central point of his life”—then who could survive such a situation? And truly, this (a life of extreme agony) is not an exceptional situation but one that characterizes the lives of many throughout history.

Years in a library and a heavy devotion to scientific materialism mixed with a loathing for religion led Freud to the conviction that “what decides the purpose in life is simply the programme of the pleasure principle.” In effect, the quest for sexual fulfillment is central to what it means to live and to be a self. And this idea, among many otherwise profound and often beautiful insights, is what the world ultimately gleaned from Freud.

But Freud was not the first to pose this idea, far from it. His unique contribution was to create a taxonomy of human development in which all of life’s stages are sexual. Any first-year psychology student can readily identify his developmental stages, but how many of us realized that creating such a schema would help to radically transform the way we understood personal identity?

Untold millions who follow this myth have discovered that unrestricted sex and the hyper-need to sexually identify oneself has not raised their happiness, but often makes dissatisfaction worse. Can the modern (postmodern) age, which boasts of unparalleled sexual “liberation” really claim to have been made happier following the wisdom of the pleasure principle? Is there less suicide today, less depression, less anxiety, less divorce, less disease, less sexual abuse towards women and children, less drug abuse, less discrimination, more contentment, more thanksgiving, more charity, more hope?

Let the reader decide, but it seems uncontroversial that, at a minimum, our generation has been struck with a dysthymic malaise unmatched by any civilization in recent decades. Are the false and unattainable expectations of the pleasure principle ultimately responsible? The troubles confronting our age are not that simple; I believe they are far more multi-layered than most people appreciate. We are involved in a Gordian knot like no other.

But the point of this article is to point out one remarkable thing. We tend to take for granted that sexual identity is one of the most important, if not the most important, factors in selfhood. Sex and sexuality are treated as a sort of sacred order, a psycho-spiritual axis by which all people gather and interact. This is not unique. The ancients were doing this long before us. What is unique and unprecedented is how our culture has made the sexually identified, “psychologized self” (Rieff) the social norm. This state of culture was forged over several centuries and by several major thinkers, but none as influential as Freud in providing the framework for the full sexualization of the self.

Sexual love is the strongest experience of satisfaction; in fact, it is the prototype of all happiness. Thus, we humans should make genital erotism the central point of our lives.