Water is Life and this is the way we could display God’s love in dedicating the water well to the kids at the orphanage and needy community around us where people have no access to get enough water to cater for their daily needs. 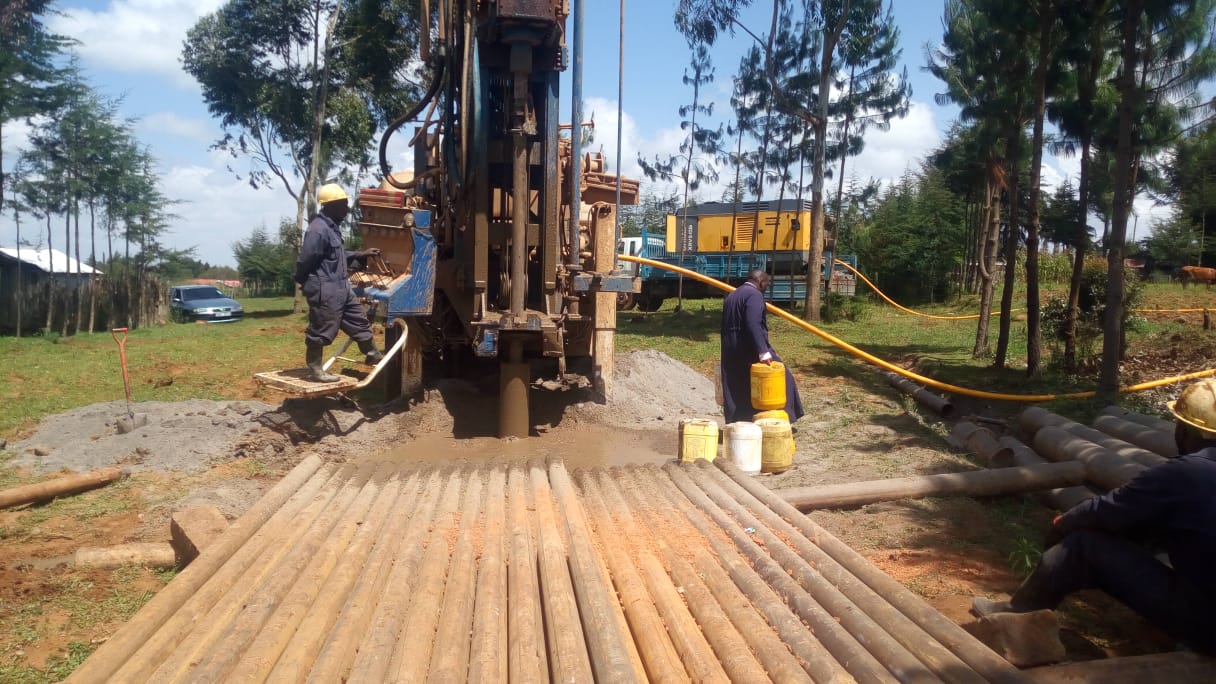 Glory to the Almighty God.

The project idea is to improve access to clean water for the pupils and the community at Kanyawa through borehole drilling. It has been a long-term dream in the making, and like most dreams of such a nature, heartbreaks, false promises and pitfalls have taken their turns in making sure the dream does not come to reality. 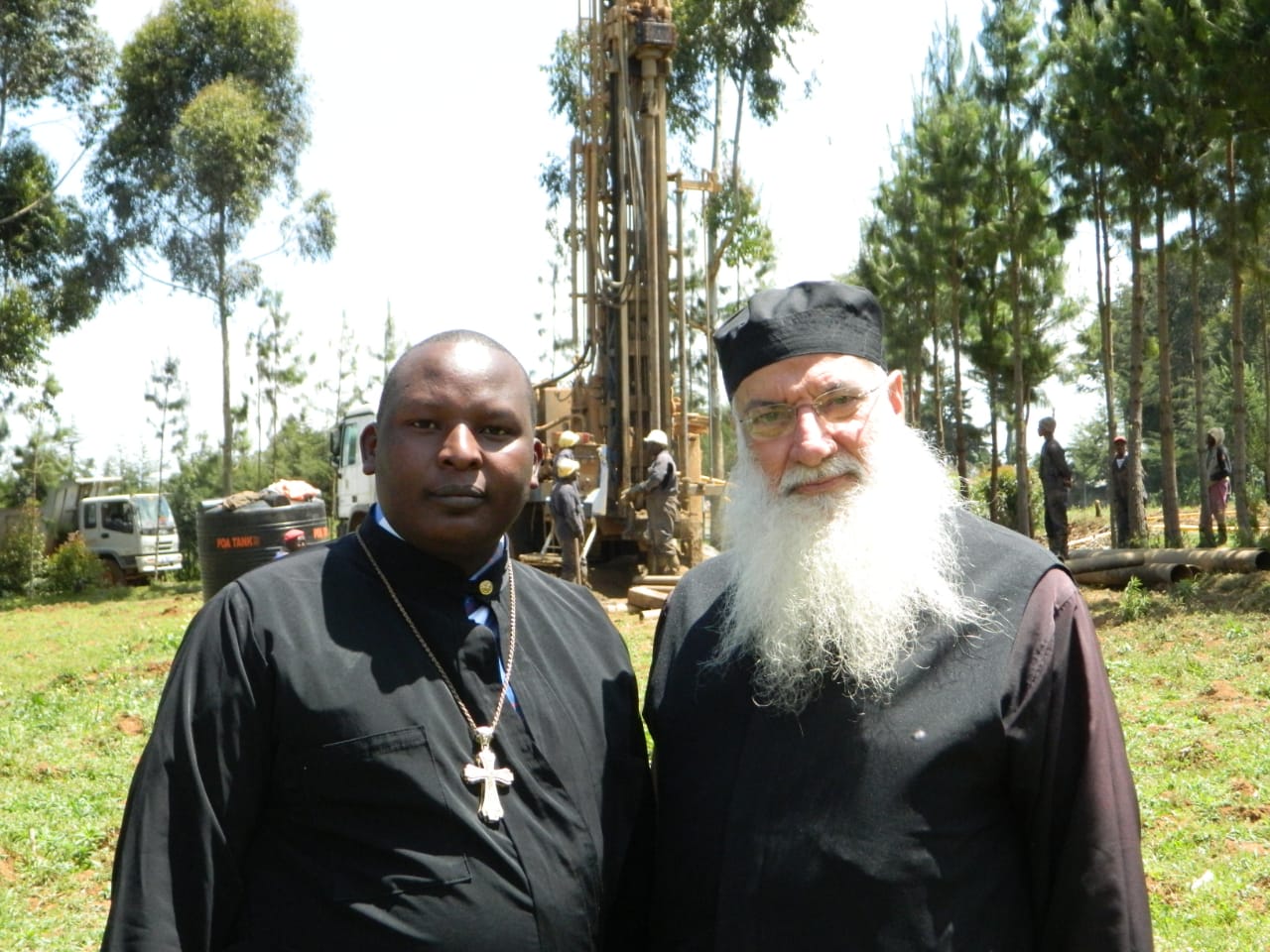 At other times, it was a question of lack of funds that saw the dream taking long to materialize. But where there is perseverance, where there is a will, there is bound to be a way. So it was thus, that on the evening of a Wednesday, a two weeks ago, after months of planning, hoping and several let-downs, the dream finally looked like coming to fruition, for the borehole rig had confirmed that they would come the following day.

Drilling Team Arrives at the Orphanage

The following day, as the sun kissed the mountains over Aberdare Ranges, the drilling team drove into St Irene Orthodox Mission Center & Orphanage in Kanyawa Kenya. Just that, the team’s arrival, was an achievement. If they were to wave goodbye that evening, even without drilling the hole, the contention that, after all those months of planning and fundraising, sleepless nights, a borehole drilling team had finally arrived in the orphanage was enough consolation.

Come the following day, it was down to business. It took the drilling team 3 days to complete the work and we hit the water at 256 meters deep.

Again, as the sun set its lips on those mountains in the yonder, The Drilling’s team waved goodbye to St Irene Orthodox Mission Center & Orphanage. 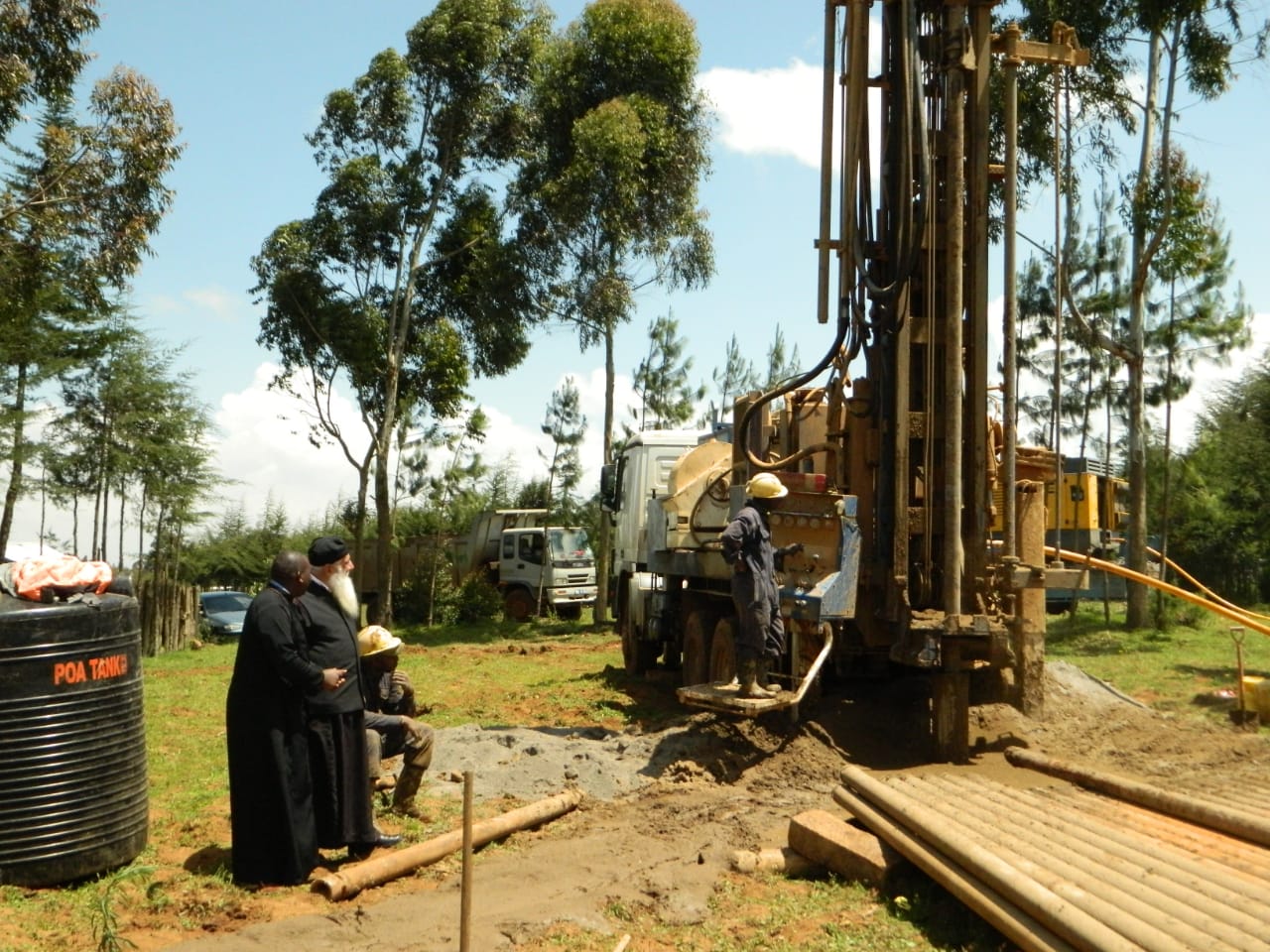 For a dream that was a decade in the making, it was, indeed, a dream come true. We now look forward to constructing a 6 Meter Steel Elevated Tower. Also, purchasing and installation of a water pump & accessories and purchasing big reservoir tanks.

Most viewed articles
Patriarch Kirill: “Parishioners Should Better Stay at Home, but Priests Will Continue to Serve”461
Confronting The Weakness of Our Faith in This Unusual Lent261
Giving Birth To Prayer189
Fr. Andrew (Konanos) Speaks on How to Survive the Pandemic and Remain Human154
New York Nurses on Their Knees in Hospital Praying for ‘Divine Healing’147
God Will Not Forget112
Patriarch Kirill to Drive around Moscow with the “Tenderness” Icon: Believers can Pray from Home84
Archbishop Ieronymos: Open the Churches During the Holy Week Even Just for the Priests56
Most popular authors
Pravmir.com team749
Priest Philip LeMasters261
Archpriest Michael Gillis189
Archimandrite Andrew (Konanos)154
Priest Stephen Powley113