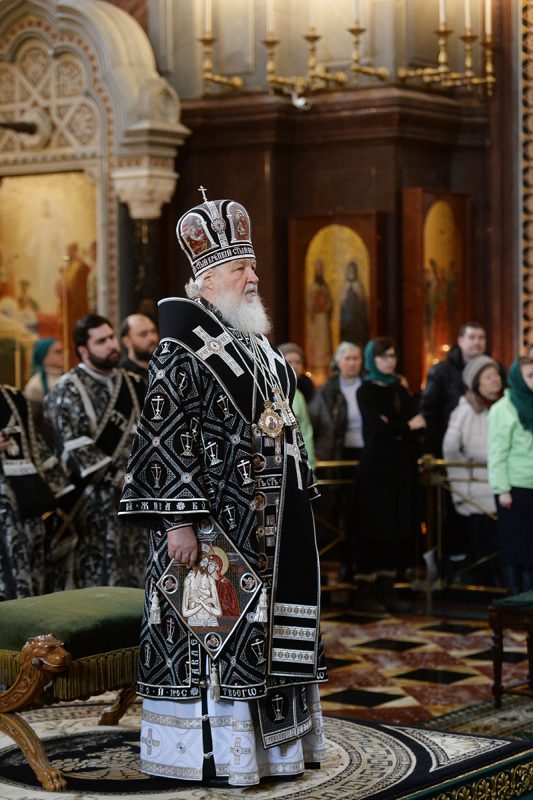 On Wednesday morning, the primate of the Russian Orthodox Church celebrated a liturgy at the Church of the Icon of Our Lady of Kazan in Kolomenskoye where the Derzhavnaya Icon of the Mother of God was found hundred years ago on the day of the emperor’s abdication and has become one of the chief shrines in modern Russia.

“The patriarch read a special prayer referring to the 100th anniversary of the revolution and said special words “for the repose of all who died in the internal war,” the patriarch’s press secretary Priest Alexander Volkov told Interfax-Religion.

The patriarchal liturgy has become the first event dedicated to the 100th anniversary of the epoch when persecutions against the Church started.

Most viewed articles
Patriarch Kirill: Not Only People, But Churches Too, Can Depart from God223
A Christianity of the Catacombs185
The Truth About Riches117
Thoughts on Theophany and Revelation101
Archbishop Makarios of Australia: ” the Great privilege of the Orthodox Church is that we live in communion”70
Metropolitan Onuphry Speaks on How to Protect One’s Soul From Sin58
Most millennials, Gen Z adults support bans on abortions when baby’s heartbeat is detected: poll31
The Muskox Response To COVID-1911
Sunday of the Samaritan Woman1
How to live the Spiritual Life (Part I)1
Most popular authors
Pravmir.com team382
Archpriest Lawrence Farley185
Fr. Gabriel Bilas117
Elissa Bjeletich101
Archpriest Michael Gillis11