1000th Anniversary of the Founding of the Ohrid Archdiocese

Source: Serbian Orthodox Church
Pravmir.com team | 03 October 2018
This year, 2018, thousand years since the founding of the Ohrid Archdiocese (1018) by the Byzantine emperor Basil II were marked. 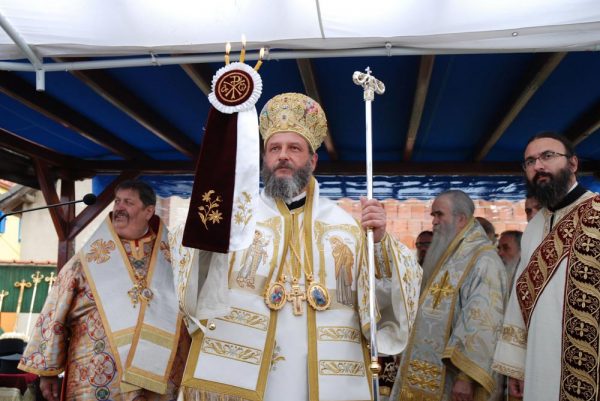 The Orthodox canonical Church in the Republic of Macedonia, the Orthodox Ohrid Archdiocese, celebrates the jubilee. The central celebration of the 1000th anniversary of the founding of the Ohrid Archdiocese was held on 29th and 30th September in 2018 in the Stavropegial Monastery of St. John Chrysostom in Nizepolje, Bitola.

On September 30, 2018, the solemn Holy Liturgy presided over by His Beatitude, Archbishop of Ohrid and Metropolitan of Skopje Jovan was officiated, with the concelebration of Metropolitan of Montenegro-Coastlands Amfilohije, Archbishop of Lublin and the Chelm Abel (Polish Orthodox Church); Bishops Isaia of Sumber (Orthodox Church of Slovakia and Czech Lands), Bishop Pahomije of Vranje, Teodosije of Raska-Prizren, David of Krusevac, Isihije of Mohach, Metodije of Dioclea, Joakim of Polog-Kumanovo and locum tenens of Debar-Kicevo,  Marko of Bregalnica and locum tenens of Bitola, David of Stobi and locum tenens of Struma, as well as by presbyter Spiridon, representative of the Archbishop of Tirana and All of Albania Abastasius, and many clergy from several local Orthodox Churches.

The Liturgy was also attended by a representative of the Office for Cooperation with Churches and Religious Communities at the Ministry of Justice of the Republic of Serbia Marko Nikolic.

This liturgical solemnity, which is undoubtedly the most appropriate way of celebrating such a great jubilee, was preceded by a ceremonial hierarchical evening service, which was celebrated by the Archbishop of Lublin and the Chelm Abel in prayerful attendance of many faithful. The morning service was led by Metropolitan of Montenegro and the Coastlands Amphilohije.

After the hierarchal triumphant Liturgy, an agape meal was attended by numerous people present. A festive program followed. His Beatitude Jovan, Archbishop of Ohrid and Metropolitan of Skopje, delivered an inspiring address; it is located here. Prof. Angeliki Delikari presented a lecture on the history of the Ohrid Archdiocese; the lecture is to be found here.

The solemn program included the musical pieces of the afore-mentioned choirs, as well as the performance of traditional songs of the orchestra “Pece Atanasoski” with the female vocal group.