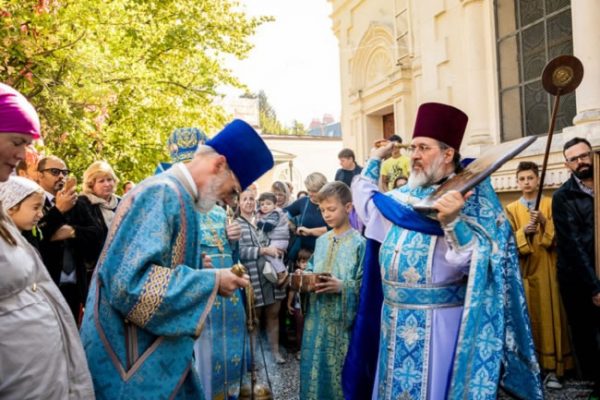 On Sunday, October 1/14, 2018, the feast day of the Intercession of the Most-Holy Mother of God, was a special day for the Russian Orthodox Parish of St Barbara in Vevey, Switzerland.

On Sunday, the 140th anniversary of the consecration of the Church of St Barbara; the regilding of the entire cupola was completed by this day.

A multitude of worshipers gathered for the celebration, including faithful from other parishes near and far. Joining the clergymen who arrived the day before was Mitred Protopriest Pavel Tsvetnov from the Geneva cathedral and Hieromonk Mitrophan (Bozhko) from Kiev-Pechersk Lavra. Among the invited guests were Russian Ambassador Sergei Garmonin and an official from the municipality of Vevey. Pokrov Choir from Moscow sang beautifully. After Divine Liturgy, a moleben was performed with a procession of the cross around the church. Protopriest Pavel read a decree of blessing from the Synod of Bishops of the Russian Orthodox Church Outside of Russia, signed by His Eminence Metropolitan Hilarion of Eastern America and New York, its president, along with the signatures of six other bishops who expressed their thanks and words of support to the clergy, parish entities and all the parishioners.

Over 130 guests shared a formal reception at one of the most prestigious hotels in the city, at which Pokrov Choir performed. 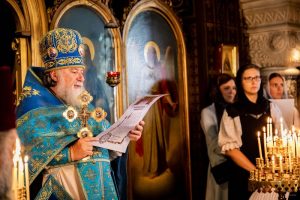