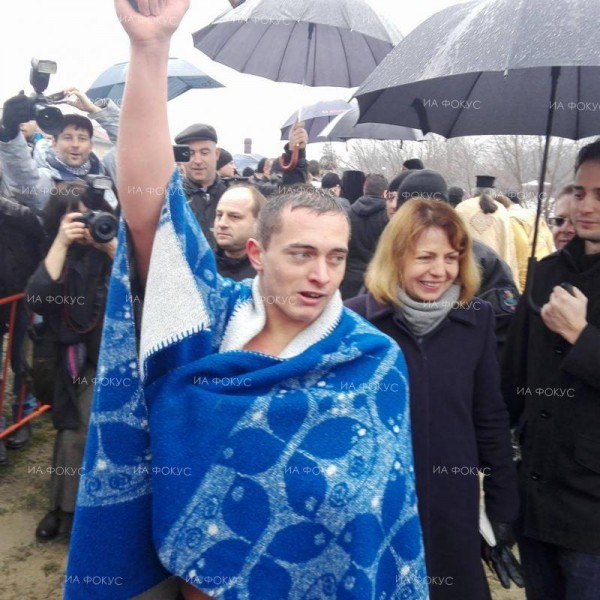 Church masses were served in Bulgaria on Wednesday and solemn processions went to the sea, to rivers, lakes or dams, where priests threw a cross into the water.

An 18-year-old youth named Alexander recovered the cross from the lake in the Druzhba residential district of the capital Sofia,FOCUS News Agency reported.

Despite the very low temperature, 57 men jumped into the lake yet Alexander proved to be the fastest.

He wished himself health, happiness, and a successful end of the year.

Alexander is a swimmer and a pupil in grade 12 of the National Trade and Banking High School in the capital Sofia.
This was his first attempt at taking the cross out of the water.

The youth said he had dreamt of jumping into the lake on Epiphany day for 3 years but was late to enrol last year.
Asked what the water in the lake was like, Alexander replied: “Pleasant”.

He believes his success was due to his great desire to retrieve the cross.