All You Need to Know about Holy Water 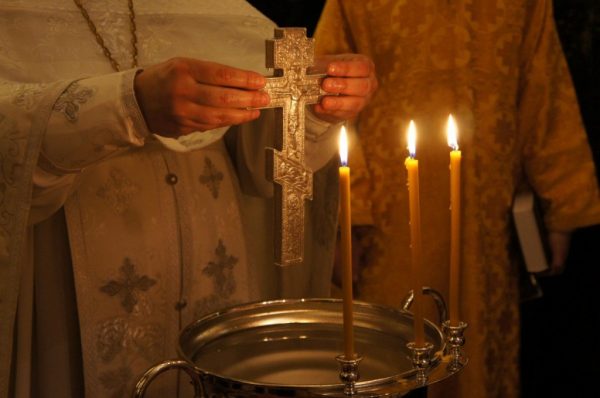 Every Orthodox Christian should have some holy Theophany water at home. Traditionally, the Orthodox drink the holy water consecrated on Theophany Day on an empty stomach with a prosphora after morning prayers. This water is sacred and demands utmost respect.

Saint Demetrius of Kherson wrote, “Consecrated water is a powerful means of sanctifying the souls and bodies of those who use it.” If we take it with faith and prayer, it can cure our physical illnesses. St. Seraphim of Sarov would always make his visitors drink some holy Theophany water after confession.

Saint Luke of Crimea advised, “Drink holy water as often as possible. It is the best and the most effective medicine. I’m saying that not just as a priest but also from my experience as a doctor.”

St. Seraphim of Vyritsa always recommended his spiritual children to sprinkle raw and cooked food with holy Theophany water, which, according to him, “consecrates everything all on its own.” Whenever anyone fell seriously ill, St. Seraphim would bless them to take a tablespoonful of holy water hourly. He used to say that there are no better remedies than holy water and holy oil.

The Greater Hagiasma is viewed by Church canons as a lower level of Holy Eucharist: in the cases when a member of the Church is forbidden to take the Holy Body and Blood of Christ due to their wrongdoings, the canon law usually adds, “he may drink hagiasma, though.”

It is good to know that dipping in consecrated water reservoirs on Theophany Day is a folk custom. It doesn’t make you free from sins and cannot be regarded as the substitute for the Sacrament of Reconciliation (Confession). Christians should do their best to participate in church services and the greatest Sacrament of the Church, i.e., the Holy Eucharist, on church holidays. 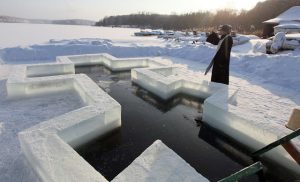 May One Sprinkle Unclean Places with Holy Water?

The power of the Cross can shield people like exorcism does. Thus, consecration has two meanings: either we use holy water to ‘fill something with grace’ or ‘to prevent any evil spirit from hiding in a certain place’ such as our bathroom.

May One Drink Holy Water After Eating?

Traditionally, people drink holy water on an empty stomach in the morning, which is understandable: first you take holy water and then your regular food. As far as the rest of the day is concerned, the Typikon (Chapter 48, Menaia for January 6) contains the following regulations:

Let it be known of the holy water: those who do not drink it because they have already consumed food, are mistaken, for God’s grace is granted for the sanctification of the entire world and all creatures. We sprinkle all places, including unclean ones and even the floor under our feet, with holy water. Where is the reason of those who do not drink it because of having eaten food?

Therefore, it isn’t reasonable to abstain from holy water because of having eaten some food. The Church does not prohibit us to drink holy water, even Theophany water at any time, and admonishes those who believe that it is forbidden to drink holy water not on an empty stomach. 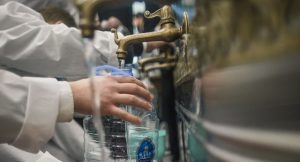 Where Should We Store Holy Water?

Holy water is stored in a special vial or bottle. You can attach a note to the bottle to avoid using the water for the purposes that it isn’t intended for. You can find special bottles for holy water in many church stores.