20,000 priests were executed during first two years after the October Revolution, hundred of 60,000 churches still worked in 1920

Source: Interfax-religion
Natalya Mihailova | 26 January 2017
Moscow, January 25, Interfax - 20,000 priests were executed in 1917-1918, chairman of the Imperial Orthodox Palestine Society Sergey Stepashin said at the session of the organization committee for the events dedicated to the 100th anniversary of the October Revolution. 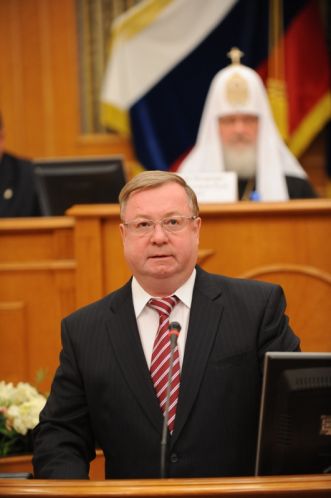 He also cited the information saying that there survived only four working hierarchs in the country in 1920, one hundred of 60,000 churches still worked.

Stressing that “nothing like this has ever happened in the world,” Stepashin called the Russian revolution unique as it was directed against the Church.

“From all revolutions carried out in the world, it was the only one directed against the foundations of religion, against the Russian Orthodox Church, in fact against our culture. It hit the backbone of the Russian nation, interned the bloom of the nation – several million people,” he said.