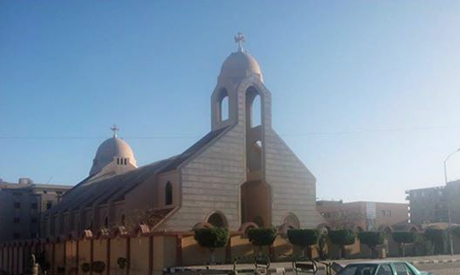 Cairo ( AsiaNews) – A group of armed men yesterday afternoon attacked the Coptic Orthodox Church of the Virgin Mary in the “October 6” district of the governorate of Giza. Police responded to gunfire and one officer died in the shootout, while two others were injured. The residents were able to stop the car carrying the attackers and stop one handing him over to the authorities. His accomplice was arrested a few hours later by officers. The two attackers are Mohamed Abdel-Hamid Ibrahim and Ahmed Mohamed Abdel-Rahman, both active in Islamic extremist groups.

The Coptic Orthodox Patriarch Tawadros II condemned the attack and sent a message of condolences to the relatives of the murdered policeman. Father Samir Jerome, priest of the diocese of the district, told the MCN newsagency that in the coming security measures in front of religious buildings will be stepped up. “We will also post guards in front of the smaller churches ,” said the priest , explaining that in the area there are several armed militias who “want to destroy the peace .”

Egypt has been hit by a wave of violence since the ouster of the Muslim Brotherhood by the government following the massive demonstration of 30 million people , 30 June 2013. The Islamists have branded Coptic Christians as supporters of the new military-backed government, accused of having launched a violent campaign against members of the Brotherhood. In mid-August, a few days after the dissolution of the Islamist sit-in in Cairo, thousands of extremists attacked Christian homes and churches across the country , destroying more than 200 buildings.

The approval of the new Constitution (which replaces the Islamist one launched in 2012) has increased the Muslim Brotherhood’s subversive actions even more against the army and its supporters . Yesterday, gunmen killed Gen. Mohamed Said , a senior official of the Ministry of Interior of Egypt. The murder took place a few hours before the trial against the former president and leader of the Islamists Mohamed Morsi , currently in Cairo and one day from the Supreme Council of the Armed Forces ( SCAF ) go-ahead for Gen. Al- Sisi , Minister of Defense, to run for president.