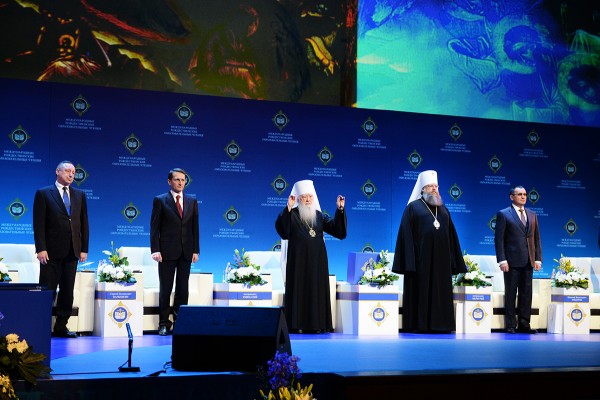 The plenary session was chaired by Metropolitan Juvenaly of Krutitsy and Kolomna, a permanent member of the Holy Synod of the Russian Orthodox Church, Patriarchal vicar for the Moscow diocese.

The presidium also consisted of Metropolitan Merkury of Rostov and Novocherkassk, Chairman of the Christmas Readings’ Organizing Committee, head of the Synodal Department for Religious Education and Catechization; Mr. Sergey Naryshkin, Chairman of the State Duma of the Russian Federation; Mr. Nikolai Fyodorov, First Deputy Chairman of the Council of the Federation; Mr. Alexander Zhuravsky, Deputy Minister of Culture; Mr. Alexander Beglov, Plenipotentiary Envoy of the President of the Russian Federation to the Central Federal District, head of the Presidential working group for preparing celebrations marking the millennium of the Russian presence on Mount Athos; Ms Natalya Tretyak, First Deputy Minister for Education and Science; Mr. Grigory Karasin, State Secretary and Deputy Minister of Foreign Affairs; Mr. Vladimir Chernikov, head of the Department for Multicultural Policy, Interregional Cooperation and Tourism of Moscow; and Mr. Viktor Sadovnichy, rector of the Moscow State University. 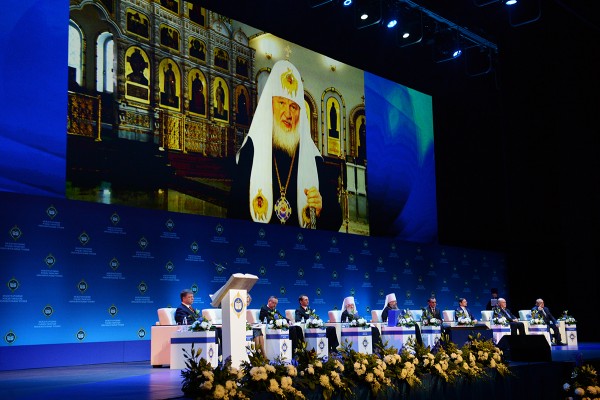 Opening the 24th International Christmas Readings, Metropolitan Juvenaly said, in particular, “As we know, these days His Holiness is participating in the Synaxis of Primates of the Local Orthodox Churches. Being discussed at it are the issues of preparation of the Pan-Orthodox Council, which are of importance for the whole Orthodox world. His Holiness Patriarch Kirill deemed it necessary to send his Primatial greetings to the participants and guests of the Christmas Readings.”

A video address by His Holiness Patriarch Kirill of Moscow and All Russia was broadcast on the central screen of the Grand Kremlin Palace.

Metropolitan Juvenaly, on behalf of His Holiness Patriarch Kirill and all the participants in the Christmas Readings, asked Mr. Beglov to convey to the President the words of warm gratitude for his constant attention to the Christmas forum.

During the ceremony, videos were shown, telling about educational work of the Church, cooperation between the Church and the state, and various contests. 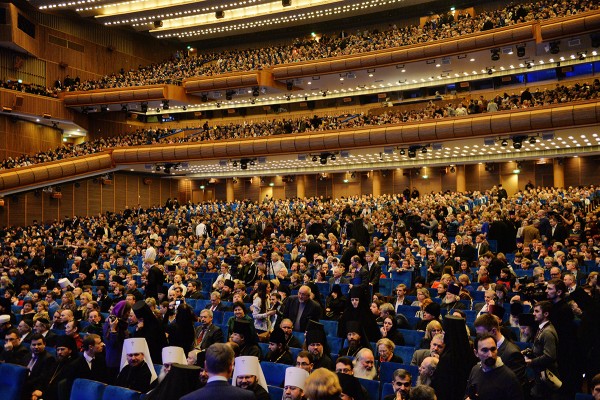 Over seventeen thousand people from the countries of canonical presence of the Russian Orthodox Church are taking part in the forum. As part of the Christmas Readings, over 150 conferences, round tables, presentations and workshops will take place. The participants will have an opportunity to share their experience and present innovative ideas in education, mission, cathechization, social, youth and prison ministry, as well as in the sphere of cooperation between the Church and society and mass media.

A concert followed the plenary session.