Teen Sex is Killing Our Kids 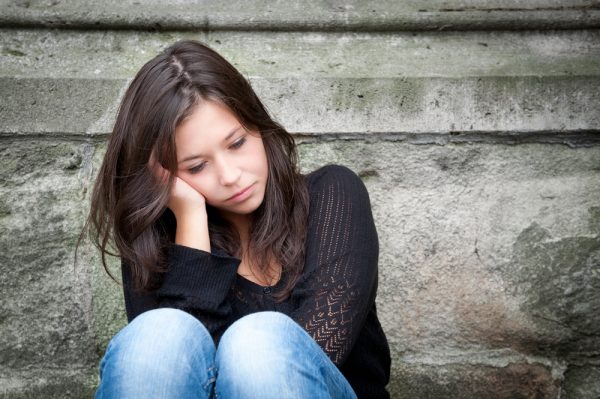 Fifteen year old Laurie was rushed to the emergency room with acute pain in her lower abdomen. Doctors initially suspected appendicitis but during surgery they discovered something worse. Laurie suffered from pelvic inflammatory disease that was caused by either chlamydia or gonorrhea. The infection began in her cervix, then climbed through the uterus into her fallopian tubes and out to her ovaries. An abscess that formed on her right ovary had ruptured spilling the infection into her abdominal cavity. Quick action by the surgeons saved Laurie’s life but she will probably never bear children.

Laurie’s story is one of many that illustrate the pages of Meg Meeker’s “Epidemic: How Teen Sex is Killing Our Kids” (Lifeline Press 2002, 251 pgs.). A pediatrician who has treated teens for over two decades, Meeker sounds the alarm about the epidemic of sexually transmitted diseases (STDs) that is killing our kids.

An epidemic is defined as a disease that attacks many people simultaneously. During an epidemic the incidence of the disease grows, and the disease attacks areas where it would otherwise not be found — such as the bodies of young children. The STD epidemic is even more dangerous because it involves more than one disease. The Centers for Disease Control and Prevention in Atlanta categorizes the STD crisis as a multiple epidemic since it consists of at least 25 different STDs — nearly 50 if you count the variant strains of the same disease.

The epidemic is so large that it becomes difficult to grasp how serious it is. Imagine flying over Yellowstone National Park at 10,000 feet. Looking out the window we see thousands of small fires dotting the park. Some of the fires are blazing, some smoldering, some are just a trace of smoke and a few sparks. On the ground we see one or two, maybe three fires. From the air the fires are spreading and threaten to engulf the entire park. This is the danger of STDs in the teen population.

Another illustration shows how many teens are affected. Imagine a high school football stadium filled with teenagers. Then start counting. One in five of the cheering kids have herpes. Herpes has no cure. Every third girl has the human papilloma virus (HPV). HPV causes 99.7% of cervical cancer cases that kills over 5000 women each year. One out of ten has chlamydia. Even if we pulled out the healthy kids, the stadium would still be nearly full.

It gets worse. The Journal of the American Medical Association reported in a February 2002 editorial that the number of people with asymptomatic STDs (diseases with no outward symptoms like lesions or warts) probably exceeds those whose diseases are diagnosed. This means that the epidemic may be twice as large as we think.

The STD epidemic is a catastrophe. Millions of teens have been hurt. Millions more are threatened. Diseases are tearing into the bodies of our children in ways that will cause irreparable harm or even kill them.

The crisis exists because society has jettisoned the moral standards that direct sexual behavior. The shift began with the “sexual revolution” in the sixties when the effects of unbridled promiscuity were largely unknown. (Only two known STDs existed thirty years ago both treatable with penicillin.) As society adopted the values of the sixties the moral culture changed. Promiscuity ruled the day and STDs spread like wildfire.

Big media is a big culprit because they target teens with the message that sex has no risks. They have sexualized almost every corner of the youth culture. They relentlessly sell promiscuity but make no mention of the harm that the promiscuity causes. They care for your child’s wallet but not for his welfare. Greed drives their moral recklessness.

There are things that parents can do. Several years ago the Search Institute, a Minneapolis based think tank that studies the moral lives of children, isolated three factors in the lives of teens who successfully navigated the minefield of teen culture. The teens who developed sound morality and avoided non-marital sex and other enticements of the teen culture had three things working for them: 1) a relationship with a stable adult in addition to their parents; 2) friends who shared the same moral values; and 3) a religious grounding. Parents must cultivate this kind of environment.

Parents must be vigilant. Parents should listen to the music their children hear, watch the same television shows, read the same magazines, and rent the same movies. When parents encounter something objectionable, they need to explain to their teen what is wrong with the product and not allow it in the home. Teens may object and resist, but deep down they will be grateful that the parent stands up for what is right.

Parents must educate themselves. Don’t be swayed by arguments that characterize teens as incapable of morally responsible behavior. The latest research shows that sex-education programs that promote “safe sex” have no effect on reducing teen-age sexual activity. “Abstinence only” programs however, have cut sexual activity by over 50% in places depending on the program.

Be alert to misrepresentations of the risks associated with sexual activity such as the “safe sex” campaign. Safe sex is a myth. Condoms can reduce the incidence of fluid borne STDs but have no affect on diseases spread by skin-to-skin contact such as herpes. Even the reduction of fluid borne diseases is much less than most people think. Gonorrhea for example, is spread 50% of the time even when a condom is correctly used. Birth control pills can prevent pregnancy but are powerless against every kind of STD.

Note too that most organizations that promote safe-sex are those that market promiscuity or profit from its consequences. Moral responsibility is not part the MTV, Abercrombie and Fitch, Cosmo Girl or Planned Parenthood corporate culture, for example. Safe-sex campaigns give an appearance of moral respectability but avoid real moral accountability.

Meeker writes that her two-decade practice with teens has taught her that most teens have a deep-seated desire to protect their virginity. Priests who work with teens report the same thing. This is one reason why many teens experience deep anguish after their first sexual encounter. They sense that something important has been lost. This desire for sexual purity needs to be cultivated and affirmed.

Teens are desperate for moral guidance. Those who know right from wrong must provide the moral clarity that our teens need.

Pornography is an Affliction for Young Men. And it’s Been Mainstreamed.

Prayers Are Like Arrows – Good Archers Select Only The Best Ones