What Happened That Day in the Library 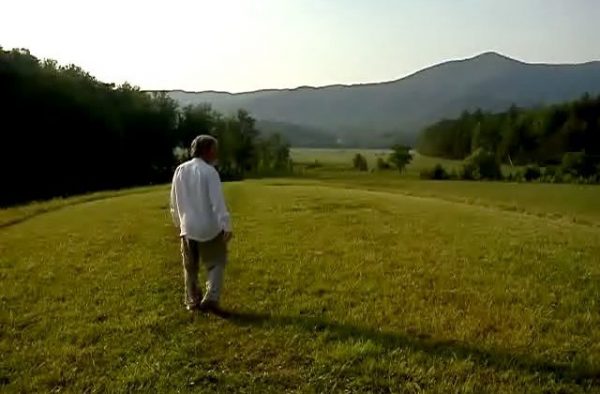 It is occasionally the case that we remember precisely where we were at a point in time, in which everything is before or after that moment. It is a Kairos, a particular moment that changes everything. There are collective moments of that sort: victory in Europe is announced; a President is shot; the Challenger explodes. There are also personal moments: the birth of a child; the death of a parent. There was a Kairos for me in the college library one day, that only became clear years later. My best friend, “Jimbo,” handed me a copy of Vladimir Lossky’s Mystical Theology of the Orthodox Church. “Read this,” he whispered.

St. Augustine tells the story of his conversion as taking place in a garden. He heard the voice of a child saying, “Tolle, lege” (“take, read”). He interpreted it as meaning the Scriptures. The rest is history.

There is such a thing as a Kairos that is inherent in the nature of an event. Dramatic, public events fit that category. There are others, however, that are driven by context. As much as anything, they are catalysts and doorways. Jimbo’s gift of Lossky was a doorway and a window for me. It was an answer to a question. However, I did not know at the time that the question was as essential and all-encompassing as it came to be.

My friend and I had lived together, started a commune together, and ridden the ecstasies of the Jesus Movement together. He made me think and want to learn. Indeed, he created a hunger in me that has never ceased. We hammered away at Scripture and banged our heads against hard doctrines. We sometimes prayed all night. I recall a common practice in which, from our separate bedrooms, we would antiphonally call out various “names” of Jesus (“Prince of Peace,” etc.) until, exhausted, we fell asleep.

Somewhere in our struggles, questions of the nature of salvation began to surface. Some of the questions were spurred on by various bits of esoteric Pentecostal thought. Privately, we had glimmers of “theosis” that would come up in our conversations. Then he handed me Lossky. What we had spoken of in secret and wondered about, was written clearly on its pages and revealed itself to be the teaching of the fathers. There was ever-so-much to learn, but I never took my hand away from that plow.

When, a couple of years later, I went to an Anglican seminary, I continued to read whatever Orthodox material I could find (there wasn’t much). That same pursuit continued over the years, unabated. Eventually, theology and ecclesiology came together and I knew that I could no longer study Orthodox thought – I could only be Orthodox. The thought should grow out of being.

My friend’s life is another story that I may share at another time. He fell asleep this past weekend. We had spoken earlier this year, mostly about Jesus and his sweetness. Horace once said of Virgil, “That man who is half my very soul.” I have always held those words in my heart when I think of my beloved friend. Sleep well, Jimbo.