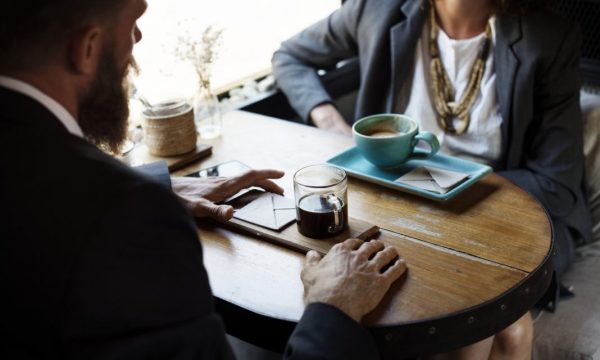 I’ve been thinking about writing on this topic for a long time. I hasten to write it now while the thoughts are still fresh on my mind. I need to get it down, no doubt, more for myself then for my readers.

Over the years I have witnessed some of the most frustrating and, in the end, pointless exchanges over religious belief. And not just with atheists. In fact, wrestling with atheists is often pleasurable in comparison with many Christians I encounter. Both can be incredibly dense, but the know-it-all Christian is one of the most intolerable creatures of all (Lord have mercy on me).

I know that some of my regular readers might be pointing the finger at me right now, but relax; I’m not blind to my own issues on this count. When I have a point to get across I can be just as dense as the next guy in receiving counter information. This is often the case because I assume I know what the other person is going to say, or what he is trying to say, even before he says it. Nobody need waste their time reminding me of this.

With that clarification out of the way, for me, apologetics (“a defense of the faith”), done right, is one of the most important aspect of the faith. When done wrong it is just as powerful as a deterrent for those seeking truth.

There are a thousand and one ways to do it wrong, and I’ve been guilty of nearly all of them at one point or another (the best way is to be an arrogant, self-righteous ass), but in my experience when it is done wrong it is almost always a case of trying to present an idea to someone who either (a) cannot receive it, or (b) has no intention of receiving it.

The “cannot-receive-it” type is usually a case of poor education. Often a person will engage in a religious or philosophical discussion who has not taken the time to learn even the basics of what is being discussed—the type who assumes they know something about something because they read a blurp on a Facebook feed, or heard a professor vent about it for 5 minutes during a class, but have never worked on the issue themselves with any sort of seriousness. At times the lack of knowledge among both atheists and Christians who claim to know something about theology is mind-blowing. Even worse is the complete ineptitude many show in their understanding of basic philosophic concepts, yet attempt to muscle through debates over issues so far over their head it borders on the comical, sometimes the tragicomical.

The “will-not-receive-it” type account for almost all the occasions where apologetics go wrong, and this is where most atheist vs theist debates begin and end. These are the types who have at least a scant knowledge of what they’re talking about and are so thoroughly convinced of their position that they only enter debates to either work off steam or work off pathologies, but the last thing on their mind is to work through the truth. Truth for these types takes a back seat to whatever ideology serves to insulate their fragile egos from the terrifying threat of subjectivity to the truth; the threat that whatever ‘golden calf’ of security they have formed will be crushed to powder and made into a cocktail (Exodus 32:20).

The best advice I’ve heard for dealing with the Will-Nots comes from my own patron saint, St. Nilus of Egypt (cir., 350AD). He wrote:

“It is useless to offer advice to those who have no intention of taking it, but continue regardless on the downward path. In particular, those with a lust for any kind of gain, however shameful, are completely deaf to advice.”

This was perhaps never better illustrated than when Pilate questioned Jesus asking: “What is truth?” and then took the Truth and crucified Him (John chapter 18).

What good would it have done For Christ to have given Pilate an apologetic on truth? Pilate was in no position to receive it, not because he couldn’t but because he was not earnest in his question. Debating with Pilate would have been an insult—an antithesis—to the truth. Love doesn’t push, it woos.

St. Nikolai Velimirovic wrote in the Prologue of Ohrid:

“What does it help to speak with an enraged, unrighteous man? Speak of evil to him and you enrage him more. Speak of what is good and you’ll make him a mocker of holy things.”

Nikolai taught that silence is best for this situation. Just as Christ was silent to Pilate’s question of truth, one is well advised to allow silence to have its perfect work:

“Left to interpret the silence of the righteous one by himself, the unrighteous one can interpret it for the benefit of his soul; while any answer, good or bad, will be interpreted for evil.”

I have a lot to learn from these words. As I said at the beginning, I’m not sharing this for anyone in particular, save myself, and certainly not from some imagined soapbox of superiority. I find myself wearied from past apologetic work, but I do not want to stop. I just want to get it right. And silence is the hardest part, probably because it’s the most godly.