Source: Interfax-religion
Natalya Mihailova | 03 February 2017
Moscow, February 3, Interfax - Over 30 historic churches were restored in Moscow, almost the same number is in the process of restoration, Moscow Mayor Sergey Sobyanin said during his visit to the Novospassky Monastery. 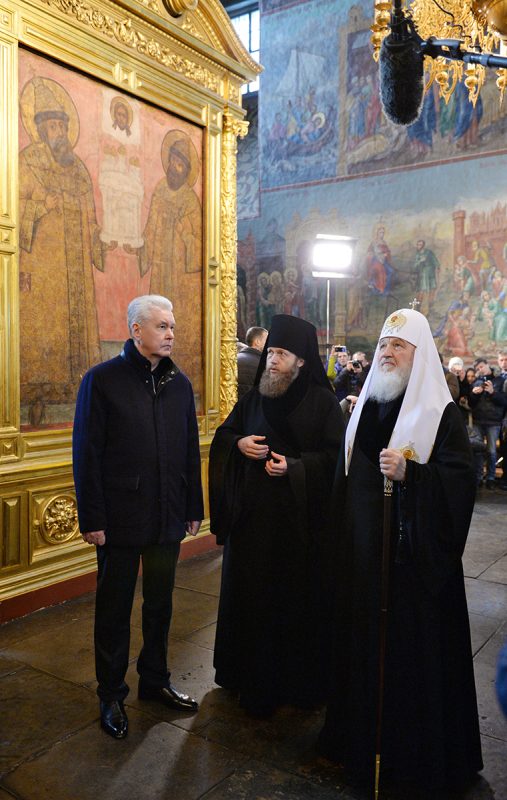 The mayor also congratulated Patriarch Kirill on the eighth anniversary of his enthronement.

“I would like to take the opportunity and congratulate you on the next anniversary of your work on this great post. Eight years of your ministry can be called the years of creation. It is seen very well in Moscow. Together with you we have restored 33 oldest churches of Moscow. The same number is in active phase of works,” Sobyanin said.

According to him, it is true restoration of the great historic heritage of Moscow and the whole country.