85 Churches Built in Moscow in 8 Years 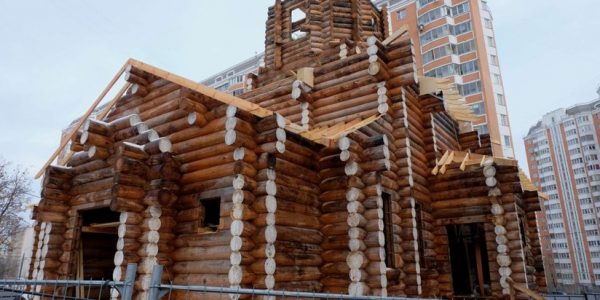 Since the start of the “Program 200” project in 2010, 85 churches have been built in Moscow, with another 150 planned, program curator State Duma Deputy Vladimir Resin said, reports Interfax.

The program was originally meant to build 200 churches, so everyone in the capital would have a church within walking distance, but the program has since expanded.

“In just 8 years, 85 church complexes have been erected in Moscow within the framework of the program and beyond it. 59 of those have already been put into operation, including 9 in ‘new’ Moscow,” Resin explained.

The plans for 2019, at various stages of construction, include 29 churches: 25 strictly within the program, and 4 others.

In the first years of the program, churches were being built to accommodate 200-300 people, depending on the size of the proposed plot. In the end, it was decided to build the churches with a 500-person capacity, which requires a 1.5-acre plot of land.

But Resin says, a 1,000-peron capacity could be even better, with smaller churches better suited to farther out regions.

The main objective of the program is to build enough new churches throughout the capital so that there is always one within walking distance in the residential areas. The program runs entirely on the donations of citizens and organizations. A foundation established for collecting funds is co-chaired by Moscow Mayor Sergei Sobyanin and His Holiness Patriarch Kirill of Moscow and All Russia.

Most viewed articles
Of Boasting and Modesty89
His Holiness Patriarch Kirill Contracted the Coronavirus79
For My Sake and the Gospel’s78
4th Plenary Session between ROC and Coptic Church Held63
His Beatitude Metropolitan Tikhon Calls for Prayer for Those Facing Hurricanes Ian and Fiona32
Most popular authors
Pravmir.com team142
Archpriest Basil Ross Aden88
Fr. Theodore Stylianopoulos78
Metropolitan Tikhon of All America and Canada32