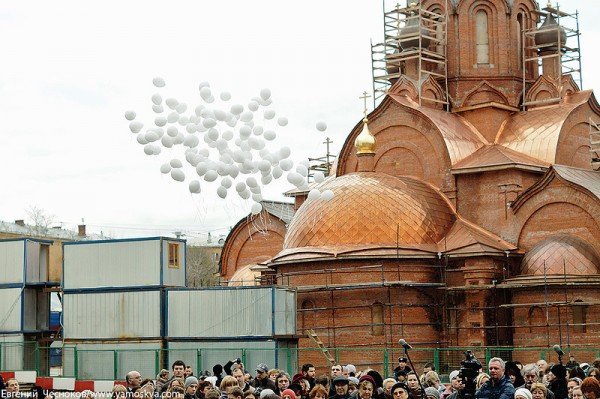 “We had Program 200, but now considering adjoining territories of New Moscow there will be 380 churches built,” Resin told Interfax-Religion.

On Tuesday, he visited the Church of the Protecting Veil of the Mother of God in Yasenevo built to commemorate all Russian warriors who sacrificed their lives for Motherland. The church was awarded as the Best Project realized in 2013.

On April 29, 2011, Patriarch Kirill of Moscow and All Russia and Moscow Mayor Sergey Sobyanin laid the first stone in foundation of Sts Kirill and Methodius Church near the theatre complex in Dubrovka where a terrorist attack was committed 12 years ago.

It was a start of the program of building 200 churches in the capital that is realized exceptionally on donations of private and juridical persons.