Source: Interfax-Religion
Natalya Mihailova | 21 August 2014
Moscow, August 20, Interfax – Over half million of Muscovites and 110 thousands of Moscow companies fundraised for the Church of the Protecting Veil of the Mother of God in Yasenevo built in frames of Program 200, head of the Department for Interregional Cooperation, National Policy and Relations with Religious Organizations of Moscow city Yury Artyukh said. 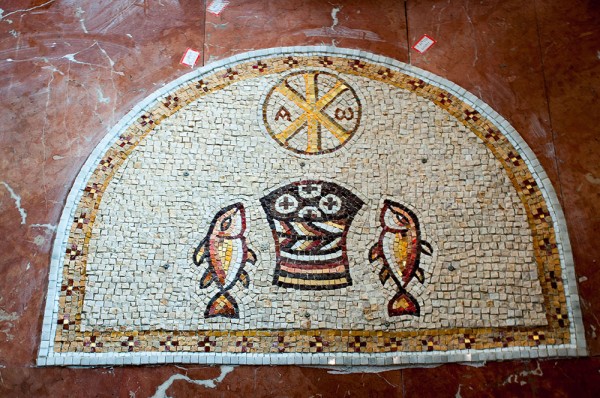 “I would say that it is the most visible witness to abandoning the vulgar interpretation of secularity,” Artyukh told Interfax-Religion as he has recently visited the church.

The parishioners themselves arranged design and building of the church. Most famous shrines of the Holy Land – the Bethlehem Manger, the Holy Sepulcher the Stone of Anointing, the Tomb of the Mother of God were reproduced in the church. Everything was made from the materials brought from Israel and Palestine. The ceilings are all covered with mosaics.

“2,500 square meters of the Byzantium mosaics in Yasenevo will be included in five world sites of this kind of art. It is an example of how much people, our people, Muscovites of the 21st century, can do,” Artyukh stressed.

Patriarch Kirill of Moscow and All Russia founded the church to commemorate all Russian warriors who died for Motherland in June 2009. The church combines the Old Russian and Byzantium tradition of the 11th and 12th centuries.