A Fixed Date for Pascha? 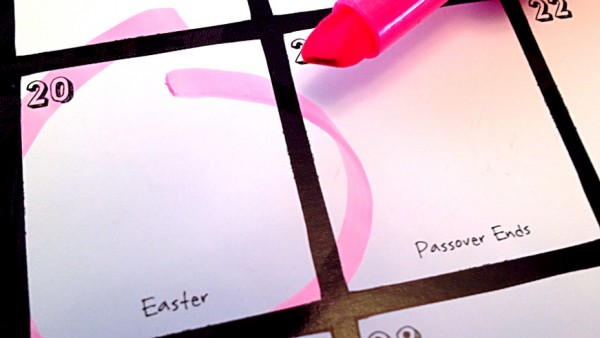 Recently there has been some talk in church circles of changing the present calendar so that Pascha (or “Easter” as it is known in the West) falls on the same day every year. The present Archbishop of Canterbury, Justin Welby, made headlines lately by saying that he would join the talks already under way between Pope Francis and leaders of the Coptic Church to fix a date for Easter so that the same date would apply to all Christians and so that all Christian churches could celebrate Christ’s Resurrection at the same time. Under the current system, the date of Easter is determined by the formula of Easter falling on the first Sunday after the first full moon after the spring equinox. This means that the date of Easter can vary as much as 35 days from one year to the next. Orthodox churches use the same formula, but because they use the Julian equinox, the date of “Orthodox Easter” can diverge from that of the West, sometimes falling later. Among the secular advantages touted by such a change were the fact that it would be a boon to schools, which could know well in advance when their Easter holidays were coming, and to the leisure industry, which could book trips for holidays at the same time every year.

What should Orthodox Christians think of such things? Here we must distinguish two separate issues in this proposal: firstly, the ecumenical concept of a common Paschal date for all Christians, and secondly, the concept of setting a fixed date for the celebration, one dependent upon the solar calendar, not the lunar one. I would like to deal with both issues, and suggest that on both fronts we Orthodox should resist this proposed change, not because we always resist change on principle, but because the idea fails for three separate (and unequal) reasons: the theological, the political, and the spiritual.

First, let us examine the theological reasons for taking a pass on fixing a common date for Pascha.

The formula for finding the date for Pascha was set by the first ecumenical council of Nicea in 325 A.D. Though the acta and the minutes of the Council have not survived (it is not mentioned in its canons), it seems clear from other surviving sources that this council did indeed establish such a formula. (For the historical details, one may consult The Church of the Ancient Councils, by Archbishop Peter L’Huillier, SVS Press, 1996.) That formula dictated that Pascha should be celebrated on the first Sunday after the first full moon after the spring equinox. Implicit in this formula was the concern that Pascha always be celebrated on a Sunday (along with the majority of Christian churches of that time) and not on the fourteenth of Nisan (as certain churches in Asia did, regardless of whether or not Pascha fell on a weekday); and also that the Church not be dependent upon the Jews for the date, (which dependence would usually place it before the spring equinox).

Accepting a fixed date for Pascha would mean overthrowing the Christian consensus and acceptance of Nicea which has prevailed since the fourth century. Theoretically such a sea-change could be made, but only by another ecumenical council which was accepted by a similar consensus as the one that prevailed after Nicea. The non-Orthodox world symbolized by the archbishop of Canterbury clearly has little problem with unilaterally junking Nicea (when was the last time that its canons were quoted as binding in the Church of England?), but it is otherwise among the Orthodox. For us the seven ecumenical councils remain authoritative. The junking of the Nicene decision regarding Pascha therefore would have more than merely calendar significance. It also would speak volumes about our willingness to cut ourselves free from any past authority we might now regard as inconvenient. It is does not require much imagination to see where such “liberty” could lead. Our theology does not allow us to junk the ecumenical councils in such cavalier fashion.

Even apart from our loyalty to the ecumenical council which produced the formula, such a decision would also sever Pascha from its Old Testament roots. The very name “pascha” tethers us theologically to those roots, for “pascha” is simply a Greek transliteration of the Hebrew word “pesach”, meaning “passover”. Thus John 13:1: “Now before the feast of the passover [Greekpascha], Jesus knew that His hour had come to depart from this world”. This term pesach in turn was derived from the Hebrew verb meaning “to pass (over)”. Thus Exodus 12:11f: “It [this supper] is the Lord’s passover [Hebrew pesach]…when I see the blood [on your houses] I will pass over you [Hebrew pasachti alekem] and no plague shall fall upon you to destroy you when I smite the land of Egypt”. (Despite some popular etymology, the Greek word pascha /πασχα has nothing to do with the verb “to suffer” [Greek pascho/πασχω]. Indeed, when the Passover lamb was slain, care was taken to inflict upon it as little suffering as possible. What mattered was its death and blood, not its experience of suffering.)

This connection with the Jewish feast is important, for it roots our Christian celebration in its original Hebrew and Biblical soil. The Jewish feast is determined by the lunar cycle and the appearance of the full moon. Fixing a date for the Christian feast determined solely by the solar calendar and independent of the lunar cycle would weaken this historical linkage. Maintaining this Jewish connection allows us to see more easily the common connecting themes of history, blood sacrifice, death, deliverance, and a call to freedom in the promised land. It serves to underscore the underlying Jewish nature of our Christian faith, and the unity of the new covenant with the old. Casting aside history and theology for the sake of knowing in advance when to plan the school holidays would be a poor trade. Thus both our theological loyalty to the ecumenical councils as well as our theological connection with the Old Testament serve to dissuade us from junking the present formula.

There are also political considerations, part of our ecclesiastical Realpolitik. The last time we Orthodox made substantial changes in the calendar, a tremendous schism resulted which remains unhealed to this day. Does anyone imagine that changing something as momentous as the date of Pascha would not result in a similar schism? This possibility is made all the more certain since the change is being promoted as another important step in the ecumenical drawing together of all the Christian churches. Ecumenism is arguably even more controversial among the Orthodox than questions of calendar. The fact that we do not presently agree even upon a definition of ecumenism, makes the probability of future schism even more certain. I am not a person who regards the word “ecumenical” with visceral repulsion. There is, I submit, both a good ecumenism and a bad ecumenism. But as I survey the present international ecclesiastical landscape, I cannot see many reasons for drawing near to the non-Orthodox churches as they are in their present state. The communion represented by the archbishop of Canterbury, for example, exults in women priests and bishops, and is currently pushing (in the west anyway) for gay marriage. Do we Orthodox really want to stress our solidarity or identity with them right now? The western churches seem to be departing ever further from historical orthodoxy, even when it is written with a small “o”. Stressing how much we have in common with them is therefore not only politically dangerous, but also dogmatically disingenuous.

Finally, there are spiritual reasons for rejecting the change, reasons having to do with our internal askesis. One of the secular reasons mentioned by the State for considering a fixed date for Easter is that of convenience—those planning vacations in the spring will always know in advance when to schedule their spring break. But I would suggest that part of the value (even if a small part) depends upon us not knowing in advance, but in having to orient our lives around the ever-changing church calendar. It has well been said that the Church’s mandate is not to conform the Gospel to men, but to help conform men to the Gospel. We of course value our convenience. We also value full stomachs and the freedom to eat whatever we like. That is why Lent is a pain—and why it is valuable. The ascetic value of Lent consists precisely of the struggle to conform our lives to something external, something not chosen by ourselves— not in spite of its difficulty, but because it is difficult. The variations of the Paschal date function in the same kind of way—its variableness challenges us, inconveniences us; it makes us change and conform to a norm we did not choose. The desire to avoid inconvenience latent in the proposed change is part and parcel of a larger secular desire—the desire to conform the world to our desires, and to make our choices the center around which everything else revolves. Changing our lives to conform to a calendar date may be a small thing. But it sets an internal pattern and prepares us for more significant changes, and greater askesis.

My guess (my crystal ball still being in the shop) is that the Orthodox churches will indeed take a pass on the proposed calendar change. But such a proposal is unlikely to be the last proposal of its kind that the non-Orthodox ecclesiastical world will make. We may continue, if we like, to sit at the same dialogic table with them. But we should take care to bring a long spoon. 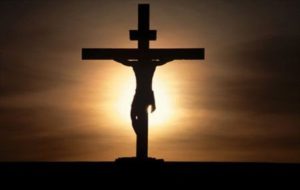 Why Orthodox Easter is the Same…
Kerry Kolasa-Sikiaridi