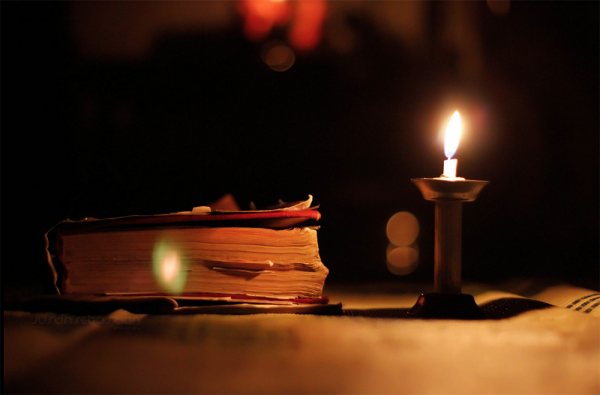 Dear Brethren: the last century has seen the greatest cloud of witnesses in the history of the Church. When I speak of witnesses, I mean true witnesses – the martyrs who witnessed to Christ by laying down their lives for their faith in Christ.

During the twentieth century, more have died as martyrs for Christ than in all other centuries combined.

More have died as martyrs – and almost all of these have made their witness to Christ under the yoke of Soviet totalitarianism.

We must remember, these martyrs were not a group, however – they are a collection of millions of individual souls. Each with a life. Each with a family. Each with a story.

Each of them made a choice – indeed, a series of choices, with God’s help – which brought them to the point where they would give their lives for Christ.

Each of them made a choice – indeed, a series of choice – which brought them from the comfortable and safe mainstream of Soviet society, just a few decades ago, to the fringes.

We must remember this, brothers and sisters – the martyrs are always at the fringe.

They are the definition of a fringe group. This is where every Orthodox Christian should expect to be. It is really our natural place.

Saint Augustine tells us this does not happen to just anyone: only those who are called according to God’s purpose are going to make it. If we have some other purpose, we simply won’t be able to go through all the challenges and testing the world has to offer.

This did not begin under the Soviets in Russia of course.

Whether it is the throwing to the lions of martyrs in Rome, or a bribe to deny Christ in the Ottoman Empire, or a handshake inviting you to join a secret society in western Europe, or a family dragged out of their church by Canadian police – all have one thing in common:

Whether to do whatever we have to do to secure our place in the world, or to be made part of that fringe minority that may be confessors or martyrs.

Saint Cyril of Alexandria tells us, you’d better be prepared if you are going to persevere to the end! Most people give up on the first round!

Saint Paul – trying to encourage us who are still living according to the flesh, says: For thy sake we are killed all the day long; we are accounted as sheep for the slaughter… in all these things we are more than conquerors through Him that loved us.

How on earth do we do that?

How on earth do we face a challenge like that, when we have trouble just saying our prayers every day, and not eating meat on Fridays?

When Saint Paul says we are more than conquerors through Him that loved us, Saint Basil the Great tells us we can only be a conqueror if we don’t yield to those who lead by force.

Just as that great cloud of witnesses did – the holy martyrs and confessors of the Russian Church.

Saint Augustine tells us that a true, faithful Christian is recognized by faith in the resurrection of the body – his or her own body. They have no fear of death. Threats don’t work.

By contrast, we can see where faith is not present: where people live in constant fear of death.

We never see martyrs for Christ there, because there is not faith.

There is only fear of death.

What does Saint Paul tell us?

I am persuaded, that neither death, nor life, nor angels, nor principalities, nor powers, nor things present, nor things to come, Nor height, nor depth, nor any other creature, shall be able to separate us from the love of God, which is in Christ Jesus our Lord. (Romans 8:38-39)

A “fringe” idea!  An “unacceptable” idea!  A Christian idea!

This is where we find our hope!

Death cannot separate us from the love of God!

Saint Clement of Alexandria tells us, we must cleave to God with our whole heart.

What is our choice?  Will we cleave to God with half our heart?

If we do, is it any wonder we live with one foot in the world, and wonder why we are unhappy?

No – the Lord tells us through His saint, cling to God with your whole heart!

We must become convinced – just like those holy confessors and martyrs – that this world will not bring us lasting joy.

We must work, very, very hard, to teach ourselves through the spiritual reading we do, talks we hear, and conversations we have, that this world is not going to deliver us to the Kingdom of God – but it very well may steal it from us.

We must like these martyrs and confessors, listen to the words of Saint Paul, when he says, If God is for us, who can be against us? (Romans 8:31)

Christians will ultimately – always – end up on the fringes of society.

The world – not every person, but the fallen world in general – does not want anything to do with Christ, Whom it crucified.

We will not find our strength to overcome the world in the world.

It is not in the grocery store aisle.

It is not in the latest advances in tech.

Our strength to overcome the world will only be found in the One Who overcame the world.

That’s where the martyrs and confessors found their help, and it is the place we will find ours, too.