A Lesson On Bees: Saint John the Baptist And the Nectar of Life 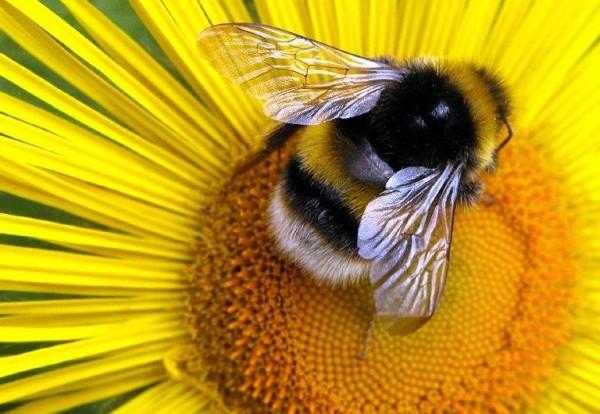 Anyone who reads world science news will be aware of the mounting concern over the decline in the world population of bees. For those of us who aren’t insectophiles, such news may seem like non-news. For Orthodox Christians, one might wonder what such a development has to do with life in the Church.

A monk we know once said (quoting a Church Father, I believe), everything is of Christ, although everything is not about church. His explanation revealed a most necessary insight: Christ offers His complete love to every creature, and to every aspect of our lives, and not every aspect has to do with attention to the Liturgical life of the Church (with the obvious responsibilities of the clergy to pay this even greater attention than most people). Just as an Orthodox Christian cares about the upbringing of children, the construction of a safe house, working honestly and keenly in secular labours, and developing skills outside the theological realm, so too we must each care about the world around us.

The current decline in the bee population – about one-third in ten years, according to some estimates – is a mystery to the scientific community. The demise of billions of these creatures the world over – usually whole hives at once – would be a perplexing curiosity if one were considering most other species of insects, yet the bees are different. With its central role in the pollination of plants, the future of the bee is integrally connected to the future of the world food supply, from the cultivation of the grapes used to make church wines, to the fruits and vegetables on which we depend for a whole array of vitamins and minerals. Ironically, the physical fate of mankind is tied up in the fate of this tiny creature.

Secular environmentalists do not have an answer to the decline in the bee population. Since they are often caught up in materialistic solutions – more regulation of daily life, new pollution laws, close scrutiny of the ever-declining family farm – the truth is, secular environmentalism has absolutely no idea how the world’s “bee dilemma” can even begin to be addressed. 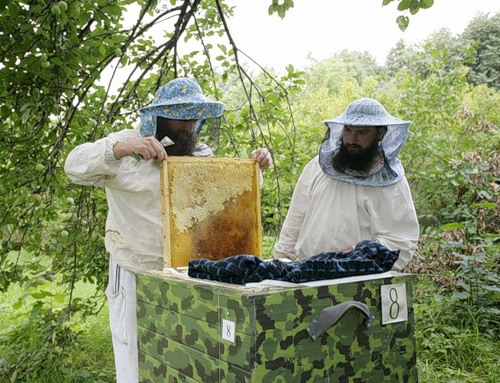 For the Orthodox tradition, interest in these tiny, industrious creatures is not a new concern or a cultural fad. Beekeeping has from the earliest centuries been a canonically blessed activity for monastics and clergy alike, providing a productive support for the Church in terms of foodstuffs, agricultural support, and wax supply, in the face of prohibitions against the alternative of raising and slaughtering larger animals for food and income. Like the ancient Hebrews, for whom honey made the difference between tasteless or bitter food and sweetness, Orthodox Christians to this day seem to almost universally prefer the bee-made natural sweetener to its Industrial Age competition, processed sugar. One father, commenting on fake flowers and paraffin candles in churches, suggested that both should never be used, since they “contain in themselves a lie” – proving the Orthodox preference in all areas of life for authenticity.

The Orthodox answer to any problem, whether physical or spiritual, can always be found in such authenticity. In the case of the declining bee population, the problem is not simply an agricultural or political one, but rather a problem of the condition of the whole world since the Fall of mankind. The scriptures tell us that the whole earth groans with pains, awaiting the Day of the Lord (Romans 8:22). The bee crisis, like everything else, is a symptom of this reality. While it is good to financially support research, and to in this case plant bee-friendly lavender and other buds in our yard, Orthodox Christians have an added possibility to offer the world, and that is the heavenly intercessors who live beyond this world.

While it is not unusual to find numerous patron saints known for their patronage of certain common needs (such as travel or the healing of sickness), one cannot help but wonder at the plethora of holy patrons of bees and beekeeping. Saint John the Forerunner ate wild honey and is invoked in the Book of Needs as the patron of bees, chandlers and beekeepers – there are even to be found four different blessings, from various sources, connected to beekeeping. Icons of the Forerunner and of Sts Savvaty and Zossima of the Solovetsky Islands are put out on Saint Alexios’ Day (March 30th) for the beginning of the bee season in Ukraine, Russia and elsewhere. Icons are even placed in small outdoor shrines, or interior shrines close to the hives. Saint Job of Romania is known for his intercessions for those suffering from beestings, perhaps because of his own problems on his skin as a result of such stings. Saint Ambrose of Milan, Saint Modomnoc in Ireland, and Saint Gobnet of Ballyvourney are also known for their patronage of bees and those who care for them.

For modern people, such observances can seem like quaint customs, yet for Christians, these are concrete ways of addressing the spiritual roots of concrete problems today. As one priest noted, we have numerous Akathists to various saints, and a plethora of services in the Book of Needs – yet often, we never make use of them. The question of the bee crisis is simply one case in point: the same can be said of the prayers we might offer for storm victims, floods, and droughts in our own land, for safe travel on holiday weekends when terrorist fears run high, or prayers for our government on civil holidays. The whole tradition of the Church has grown out of the most practical problem-solving in history: the Solution to the problem of the Fall of Mankind, found in the Resurrection of Christ. All true solutions flow from this Source.

There is a segment of holy tradition that tells of a bee that alighted on the Holy Cross of the Lord, offering the veneration and sympathy of the created world to its Suffering Saviour. Tradition tells us that the bee, upon seeing the sinful disparaging shown to Christ by one of the centurions, promptly flew from the Cross and stung the soldier – giving its own life in the process of its own tiny witness to Christ.

Of all creatures, bees are harder working than mankind, more productive, and in their labours, more selfless in their giving to mankind, keeping only a little for their own nourishment. They are a creature which reflects the spirit of the ascetical life of the great saints who are their patrons. Seeing that we are surrounded by such a great cloud of witnesses – in the saints of the Church, and even in irrational creatures – we might call ourselves to strive more and more to turn to God in our worldly crises, as they did and do, and to put our hope in the Lord God, Who made Heaven and earth.

Special thanks to Dr. Alexander Roman for his input and suggestions on this article. 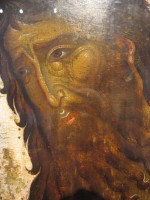 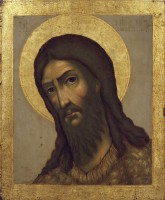