A character in a Peanuts cartoon once declared, “I love mankind! It’s people I can’t stand!” 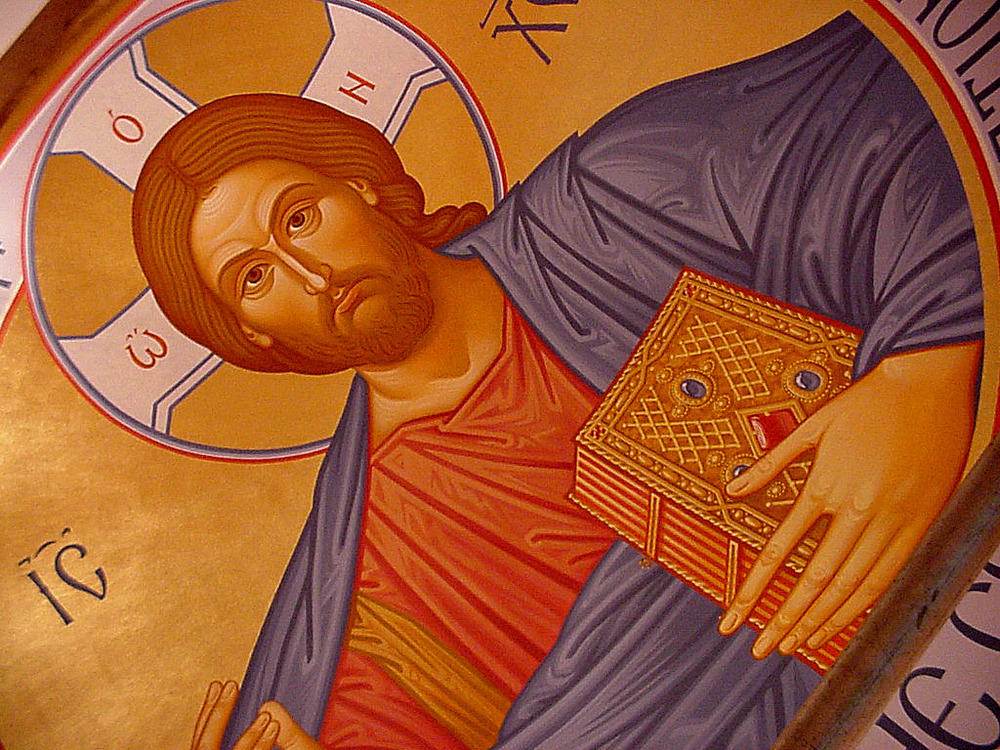 The statement accurately describes our problems with the particular. It is easy to love almost anything in general – it is the particular that brings problems.

Nowhere could this be more true than with God. Speaking about God in the abstract is extremely common – after all – He is “everywhere present, filling all things.” He is all-powerful, all-knowing, all-good-  all, all, all. The very nature of such speech is generalized and generic.

However, it is impossible to experience anything in general. For the great scandal or stumbling block of particularity is not so much God but us. We are inescapably particular – it is an inherent part of being human. We are circumscribable; we are limited; we are local. And we chafe at such limits. We prefer that the ego of modern man become the measure of the world itself. That which does not interest me does not exist.

Everything by which we know God is particular. The ultimate particularity is Christ Himself – the God who can be circumscribed, drawn, pictured, nailed, spat upon and crucified.

The same is true of our ongoing relationship with God. One aspect of classical Christianity is its interest in icons, shrines, oil, bread, holy places, bones, etc. For modern people all of these things are confusing and even offensive.

At the very least, “holy objects” seem superstitious. But holy objects and holy places are deeply part of the particularity of human existence. For example, we do not love “food in general.” We have a favorite food. And our favorite is very likely far more specific. We have a favorite food cooked specifically by someone we know, perhaps even associated with a place and time we ate it. All of the memories we have in our lives are most often tied to specific people, places and things. We rarely remember simply that “I felt great then.” Our lives are extremely concrete.

The God whom we know – gives Himself to us in the particular. In classical Christianity that particularity is the very heart of the faith. For Christ is not merely God-become-man. He is God-who-became-a–man.

This particularity, according to the fathers, is the precise reason for making icons, because it is the property of a man that he may be depicted. An icon of Christ is proof and witness of His incarnation and particularity. We make icons in order to proclaim that God became a man.

And, of course, all of this seems like so much fuss over something that should be more general more generic.

I have, from time to time, been invited to pray at certain public events. It has become common in America to be given “guidelines” for such prayers, often requesting the minister to be “generic” in his prayer (not proselytizing, or speaking of “the deity” in a manner that might give offense). Such guidelines were recently ruled unconstitutional though they’ve been around now for several decades.

It is, of course, the height of modernism – the desire for a God who gives no offense – the generic god.

And the Particular Who invades our lives through the particularities that we encounter is never generic. For the generic is no-thing – it is nothing. There is no generic, only the comfortable imaginations born of our desire to avoid the discomforts of the particular.

The more God is devoid of the particular, the more we reduce Him to a concept – even reducing Him to something like a natural resource: water, light, air, God. In such a position, God remains available (everywhere), inert and ready to be ignored or accessed, depending on our own requirements. The generic God is thus the ultimate consumer product. In a consumerist culture, there will always be pressure to move God towards the mode of “available resource,” a mere symbol for our own selfish desire for transcendence. Such a God underwrites and validates my “spirituality,” but makes no demands that might be occasioned by His own particularity.

The particularity of God will be seen as an increasingly offensive reality within a consumerist culture. Such a Particularity too easily assaults the universal claims of all consumers. So-called “non-denominationalism” is simply an ecclesiological expression of a generalized God in which nearly all particularities are seen as “man-made,” and merely reflect consumer desires. Any elevation of the Particular in religious terms is easily seen as an effort to control access to a generalized God (“You’re trying to put God in a box”).

But this difficult acceptance is a necessary thing – for the generic God is – ultimately – no God at all. It is merely a god, a cipher for a cultural notion. The generic god cannot save for it can only offer something in general.

Eternal life is an invitation into ultimate Particularity. Accept it, and you will become a Person, a true human being.