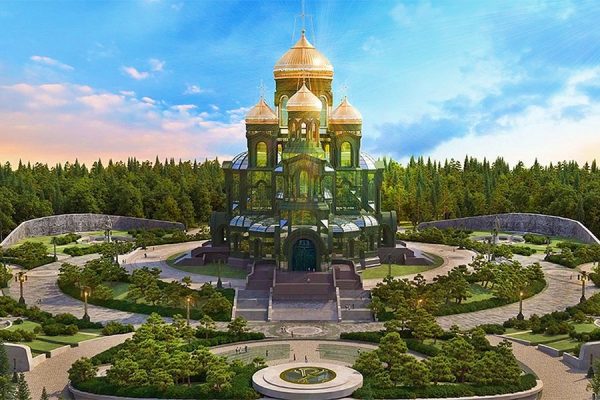 About 1 billion rubles ($14,6 million) were conveyed to the charitable foundation Voskreseniye that collects means for building the main church of Russian Military Forces, the foundation press service reports.

The church will become a spiritual and educational center for servicemen, Orthodox priests and citizens of Russia. It will house an exposition dedicated to the history of setting up the Russian state and the Military Forces.

It will have several altars, the central of which will be dedicated to the main Christian feast – Resurrection, the others – to heavenly protectors of different kinds of the Military forces.

Most viewed articles
Blasphemous and Obsessive Thoughts Come Into My Mind. What Do I Do?157
An Extraordinary Session of the ROCOR Synod of Bishops Convenes113
Funeral Services for His Eminence Metropolitan Hilarion of Eastern America and New York81
Is God a Fool?74
How to Respond to Opposition to the Gospel64
Metropolitan Joseph, Bishop Thomas Celebrate Centennial of Little Falls Parish55
A Piece of Rock Falls Down on the Skete of St. Anna on Mt. Athos48
PRAY: 14 Students, One Teacher Dead After Texas Elementary School Shooting42
His Beatitude Metropolitan Tikhon Issues Statement on Tragic School Shooting in Texas33
Most popular authors
Pravmir.com team242
Fr. Eugene Murzin157
Archpriest Stephen Freeman74
Archpriest Basil Ross Aden64
Subdn. Peter Samore55
Associated Press42
Metropolitan Tikhon of All America and Canada33