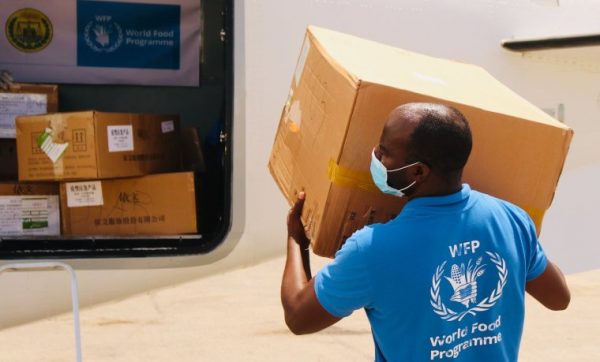 Amid a looming global hunger crisis accelerated by the coronavirus pandemic, the United Nations World Food Program, which works to bring aid to millions of food-insecure people, has been awarded the 2020 Nobel Peace Prize, the Norwegian Nobel Committee announced Friday.

Pointing to a need for international solidarity and multilateral cooperation, the committee said the world’s largest humanitarian organization was awarded the prize this year “for its efforts to combat hunger, for its contribution to bettering conditions for peace in conflict-affected areas and for acting as a driving force in efforts to prevent the use of hunger as a weapon of war and conflict.”

Reacting to the award Friday, the humanitarian organization, headquartered in Rome, Italy, called it “a humbling, moving recognition of the work of WFP staff who lay their lives on the line every day to bring food and assistance for close to 100 million hungry children, women and men across the world.”

“Every one of the 690 million hungry people in the world today has the right to live peacefully and without hunger. Today, the Norwegian Nobel Committee has turned the global spotlight on them and on the devastating consequences of conflict. Climate shocks and economic pressures have further compounded their plight. And now, a global pandemic with its brutal impact on economies and communities, is pushing millions more to the brink of starvation,” WFP said in a statement.