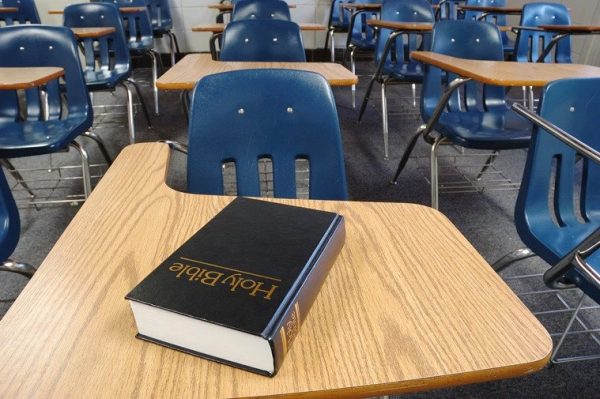 Bible on a school desk in a classroom. | Getty Images

A 14-year-old Christian student in Florida, who was allegedly told to stop taking his Bible to school after he was repeatedly attacked and bullied by students and teachers alike for his faith, has filed a lawsuit “seeking significant damages because the school has destroyed his educational experience.”

The Dhillon Law Group filed the 206-page lawsuit against Mater Academy, a public charter school in Hialeah Gardens, on behalf of Nicolas Ortiz through his parents, Rafael and Lourdes Ortiz, on Monday.

“Mr. Ortiz is experiencing something that no American should ever have to experience,” Dhillon Law Group managing partner, Harmeet K. Dhillon, said in a statement.

“It’s bad enough that the school has done nothing to stop the bullying from his peers, but have gone as far as joining in on targeting Mr. Ortiz for simply practicing his faith. This blatant violation of his first amendment rights is another example of how extreme so many in our education system have become, and why Dhillon Law Group is coming to Mr. Ortiz’s defense.”

According to the complaint, Ortiz, who is a high school freshman, began attending Mater Academy Cutler Bay in 2018 and remained enrolled until January 2022. During his time at the school, the teen would often take his Bible to school to read during his free time in a bid to further his faith, the suit states. However, many of his fellow students, school staff and administrators did not like it.