Martha Guzeeva | 01 October 2015
Pravmir asked Igumen Daniel (Irbits), Abbot of St. George's Monastery in the Diocese of Berlin and Germany, to speak about the situation resulting from the influx of refugees into Europe. While away on business, Fr. Daniel visited Romania and Hungary, at the borders of which thousands of refugees have gathered. 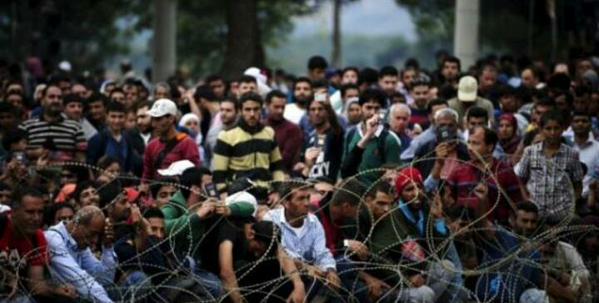 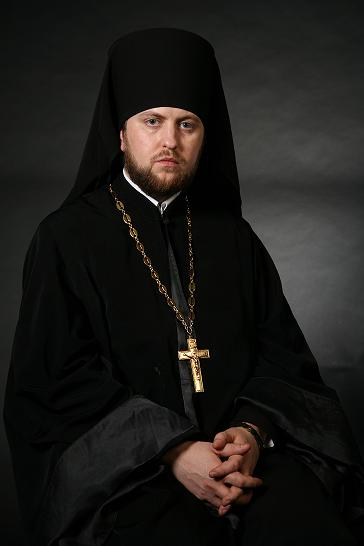 Fr. Daniel, what is the situation around you? What do you see and what is happening in the streets?

I have just been on a business trip to Hungary. There are many people at the borders of Hungary and Austria. The borders are closed and there are twenty-kilometer traffic jams. Today I was told that Turkey had opened its borders and that millions of refugees are headed to Europe again.

The problem is that it is not known where these people are from and whether they are Syrians at all. They simply throw away their passports and say: “I am from Syria, take me to Germany.” They might however be, say, Afghans. In addition, a safety issue has arisen, because there is information that militants might have gotten through under the guise of refugees. All this needs to be taken into account.

How do local residents treat the refugees? Do they help them, or are they afraid of them because of information that there could be terrorists among them?

Glory be to God, the majority is helpful. People bring both clothes and food. We also gather clothes from our parishioners and take them to the International Committee of the Red Cross for refugees. If one looks at the German Internet, one will of course find varying comments: both “for” and “against.” But the situation so far is calm – not as many articles in the mass media have described it. I have just been to Hungary, and am now in Romania, and can say that everything is absolutely calm.

Who is in the majority among the refugees: men, or women with children?

So far as I have seen, most are young men. There are women with children, but the percent of men is still greater. This is due to the fact that they do not want to fight; they were called up, but are running away from this war.

Does that mean that fathers of families arrive first?

Yes, that is natural. Here the following problem arises. When our politicians suggested that we house refugees near the monastery, they said: house ten families. But twenty or thirty more families will be added to these ten. This must also be taken into account.

Berlin has experience in the urgent remodeling of former Soviet army barracks, which were to be destroyed, into refugee camps. So far the refugees have been living in tents in not very good conditions, but the cold weather will soon be here, and therefore it is essential to find suitable premises.  So far as I know, the European Union is allocating funds for the remodeling of these barracks, and also of former kindergartens built during the times of the GDR, into such facilities for the refugees. At the present time, Berlin is ready to accept some part of the refugees.

Are they performing major repairs on the barracks?

I do not think that major repairs will be made, but it is still important to create normal conditions. The refugees are not housed singly, but in groups of forty or fifty people in large rooms. I do not think that all the barracks will be repaired, because that is very expensive.

I read a comment by a Russian journalist from Syria. She wrote that the best part of Syrian society – people who can work – is now going to Europe. According to her, the Syrians have always been craftsmen, hardworking, and have never been idlers. What is your impression: is that really the case?

I would like to agree with her because, so far as I can judge by looking at our refugees, many of them are already fully integrated into society. Not the current influx, today, but those who arrived in Germany earlier. They have adapted better than many of our Russians, who have been living here for twenty years. Of course, today’s refugees will find employment quickly: the government, taking into consideration their knowledge of German, will give them work.

Are refugees headed to Germany because of the good benefits?

Yes, because of the benefits. Many people are trying to get into Scandinavia, because there are higher wages and more benefits there. I was recently in Malmö, which is a Swedish border town, and there is a large number of Syrians working there everywhere, both in restaurants and at cafes. They speak both English and Swedish fluently.

That is, they are seeking to integrate, and not to live in separate closed groups?

Yes, they successfully integrate into society. They learn the language, want to learn, and want to work. I repeat that, unfortunately, many Russians have lived in Germany for twenty or twenty-five years, simply receiving social benefits, without even knowing the language.

When one looks at photos from the news agencies and at news reports on television, one sees many pictures which leave a sinking feeling: a Syrian refugee walking with a little girl on a railroad track, or people sitting on the floor at railroad stations and platforms. What is actually happening?

A picture, as you yourself understand, is the choice of the press. I personally have not seen this. I have been traveling through Europe for five days already and have not seen anything of the kind. Yes, there are traffic jams and closed borders. But I have not seen such chaos or pitiful scenes. In Hungary everything is calm, and in Romania it is calm. There is absolutely no panic: we talk with people and local priests, and there are no negative conversations about these issues.

And do local residents express the desire to take someone home, or to provide refugees with shelter for the night?

No, no one takes anyone into their family or home, of course. But the refugees do not live at railroad stations either. The refugees are housed together in a single camp, because they need to be registered and then identified.

What do you think: will it ever end, or will it be a global problem for a few years?

I am afraid that this might only be the very beginning, because nothing good will come about until that war is over. Europe should also think, first of all, about how to help that region and how to end all the bloodshed.

And, of course, we should all do this together with Russia, and stay hand in hand with Russia – that is very important.

What Changes to Laws will Take Effect from April 1?

Enrollment in schools has begun and payments for children will be calculated in a new way.