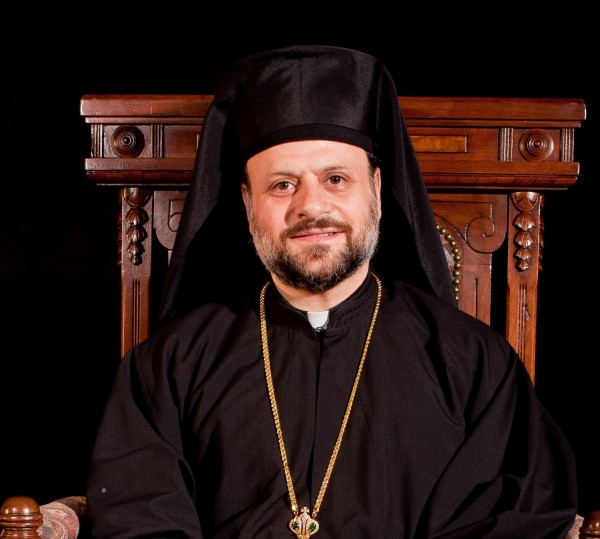 Bishop Nicholas will be speaking on the life and ministry of Saint Raphael of Brooklyn.  In 2015, the Antiochian Archdiocese will mark the 100th anniversary of the beloved saint’s repose with a year-long series of commemorative events.

Bishop Nicholas holds several engineering degrees and a Master of Divinity degree, awarded with Highest Distinction from Holy Cross Greek Orthodox School of Theology, Brookline, MA. He speaks Arabic and English fluently and has a working knowledge of French, Hebrew, Ancient Greek, New Testament Greek, and Modern Greek. Since December 2011, he has resided at the Antiochian Archdiocese’s headquarters in Englewood, NJ, where he administers the Diocese of New York and Washington DC and serves as the assistant to His Eminence, Metropolitan Joseph.

The Antiochian Archdiocese and Saint Vladimir’s have enjoyed a long and fruitful relationship for six decades, and today this has continued under the direction of Bishop Nicholas, the liaison between the Archdiocese and the seminary.  Beginning with the enrollment of three Syrian Orthodox students in 1951, numerous Antiochian clergy, academics, and laity have been a part of Saint Vladimir’s history—faculty and staff, authors, board members, and choirs.

Most viewed articles
Patriarch Daniel explains why the Hesychasts were the most sought-after spiritual fathers and what is a prayerful reason161
The Trap of Religiosity130
Why Everything Is Important (but not the stuff you might imagine)94
25 Years of Help: the Ship-Church Goes On its 25th Voyage to Distant Villages52
The Transfiguration – Glory and Sacrifice47
St. Tikhon Church to host Liturgical Music Symposium in October 202246
Ukrainian Church Celebrates Metropolitan Onuphry’s 8th Anniversary of His Enthronement27
Patriarch Daniel urges Romanians worldwide to value and cultivate prayer17
Most popular authors
Aurelian Iftimiu178
Vasileios Stoyiannos130
Pravmir.com team125
Archpriest Stephen Freeman94
Priest Luke A. Veronis47