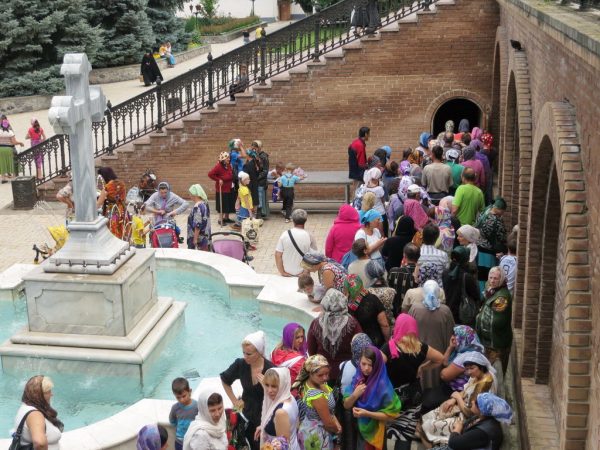 People in line in the Svyatogorsk Holy Dormition Lavra to recieve food/Photo: http://orthodoxy.org.ua/

Reverend Fathers, brothers and sisters,
all the faithful of the Russian Orthodox Church Abroad, 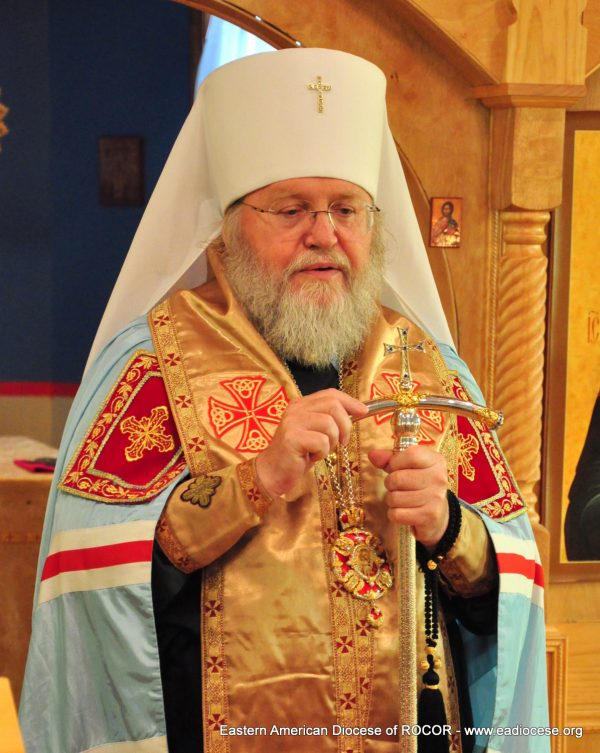 It has been already three years since Ukraine is engrossed in terrible internecine strife. Civil people are dying, migrating, and becoming internally displaced. Many residents of the Donetsk region are being forced to seek refuge in the Holy Dormition Lavra in Svyatogorsk.

The Svyatogorsk Monastery has always been the spiritual heart of Eastern Ukraine, and nowadays, it is also a mercy center for all Donbass. As soon as the fighting broke out, the Svyatogorsk Lavra, with the blessing of the Father Superior of the monastery, Metropolitan Arseny, started taking in civilians whose lives were in danger. The Pilgrims’ guesthouse was given over for housing refugees. In the midst of the warfare, up to 1,000 refugees have lived in the Lavra, the majority of which were also fed in the monastery for free.

At present, the Svyatogorsk Lavra hosts 200 people, who, due to various circumstances, find it impossible to return home. Among them are children with their mothers, elderly women, the disabled, and those who have nowhere to return – their houses have been destroyed or it is still very dangerous with continued fighting. The outskirts of Donetsk are a vivid example of that. Plenty of people have been living in the Lavra for two years already. In the beginning of the military conflict, the Svyatogorsk Lavra attracted generous donations: in cash, food, and clothing, but nowadays, the help is limited and extremely rare.

Dear brothers and sisters! At this sorrowful moment for our Ukrainian brothers and sisters, we can’t remain on the sidelines. I urge you to intensify your prayers for peace in the long-suffering Ukrainian land, to provide all possible assistance, and collect donations for the Svyatogorsk Holy Dormition Lavra, which became home for many refugees. The deadline of the collection is the end of October. The parishes should send the collected funds to subdeacon George Schatiloff, the Treasurer of the Synod of Bishops.

I invoke on you all and on your work of mercy God’s blessing!

+HILARION
Metropolitan of Eastern America and New York,
First Hierarch of the Russian Orthodox Church Outside of Russia.