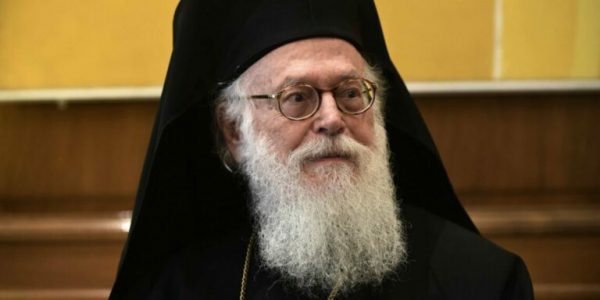 A C 130 aircraft of the Greek Air Force is heading to Tirana, according to exclusive information of ANA-MPA, in order to transport Archbishop Anastasios of Albania, who was tested positive for Covid 19, for hospitalization in Athens, reports the Orthodox Times.

Archbishop Anastasios underwent relevant tests at a medical center in Tirana, which showed that he was infected with coronavirus.

Although the symptoms appear in a mild form, the doctors in Tirana considered it necessary to transfer and hospitalize the Archbishop in a specialized clinic in Greece, given his advanced age and some chronic health problems.

The Prime Minister Kyriakos Mitsotakis was informed about the issue and gave his consent for the transfer of the equipped with a special unit C 130 to Tirana, in order to transfer the hierarch.