Source: OCA
Metropolitan Tikhon of All America and Canada | 29 June 2022 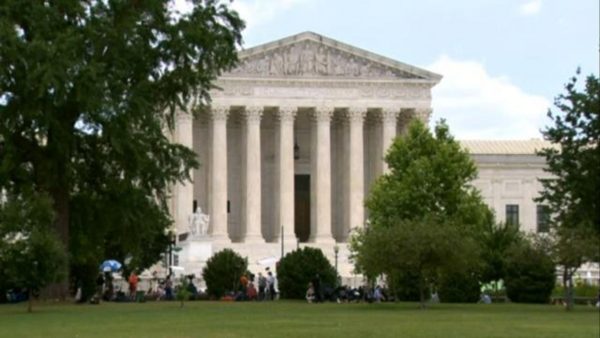 To the Hierarchs, Clergy, and Faithful of the Orthodox Church in America:

Christ is in our midst! He is and ever shall be!

On June 24, the American people received the news that the Supreme Court of the United States, in its opinion concerning the case of Dobbs v. Jackson Women’s Health Organization, has overturned the right to abortion created by the court in its 1973 decision in Roe v. Wade.

Undoubtedly, this should be a cause for rejoicing for all Orthodox Christians. As I affirmed in my recent archpastoral message for the feast of the Annunciation, “The Orthodox Church in America has always believed, upheld, preached, and defended the sanctity of human life from the time of conception in the womb.” From the earliest times, the shepherds of the Church have taught that abortion and the exposure of infants, even when accepted by the wider culture, are violations of the sanctity of human life and an offense against God and man. The overturning of Roe v. Wade is the first step towards a society and culture that recognizes the value of all human life and every human being made in the image of the Creator.

As such, in the wake of the Dobbs decision, in many jurisdictions, the dignity of unborn human persons is or will be recognized by law, affording them protection from violence and death in the womb. Broadly speaking, this, too, should be a cause for rejoicing.

Furthermore, it has not escaped our notice that this decision was handed down on the feast of the Nativity of the Forerunner, whose leaping in the womb of his mother Elizabeth is, for us, a miraculous sign of the divine value of the lives of the unborn: God, who knows us even before we were formed in the womb, accepts not just the praise of babes and infants, but even the adoration of an unborn child (Jer. 1:5; Ps. 8:2; Lk. 1:42).

However, we must avoid all triumphalism. Though we disagree with those who believe that legal abortion is necessary to protect the rights of women, we must recognize that this belief, however mistaken, is sincerely held by many people of goodwill. For those of us in the United States, these people are our fellow-citizens. They, too, bear the image of God.

As Orthodox Christians, we are called to be peacemakers, and to do good even to those who hate us. Christians have been and may continue to be targets of anger and even violence on the part of those who believe that the right to abortion should be enshrined in law. We should never respond with anger of our own, but with love, forgiveness, and prayer.

Our society is deeply riven by the fault lines of partisanship and polarization. However, as Orthodox Christians, we do not desire the defeat of our perceived political enemies; our goal is not to crush their arguments and force them to submit to our righteous will. Rather, we must seek in every way to share the healing and hope found in Jesus Christ with all people, including the proponents of abortion. We must extend our compassion even to those with whom we profoundly disagree, acknowledging that their pain and anger, however misguided, are nevertheless real afflictions.

And so, though we rejoice that the overturning of Roe v. Wade may allow our civil authorities to pass more just laws to protect the lives of the unborn, we recognize that the court’s decision is, as I have stated, but the first step in building a culture and society that value human life unreservedly. Such a culture and society would not merely satisfy the demands of justice by protecting human beings in the womb; it would also do everything possible to ensure that mothers and children are provided with all the conditions and means to flourish throughout their lives.

As such, it is heartening that politicians from both of our major political parties have increasingly turned their attention to crafting policies that support children and families. We should pray always that God give our political leaders wisdom and prudence while strengthening them in their good intentions.

However, a society and culture that truly recognizes the dignity of all human life is not just a question of laws and government policies. Such a society and culture must also be the result of our decisions and efforts as individuals, families, and parishes on the local, civil level to do all that we can to support women, children, and families in our communities. The Dobbs decision, as has been observed widely, is not the end of the pro-life cause, but its beginning.

Now is a time to heal and a time to build (Eccl. 3:3). May God strengthen us all in love for one another. May this court decision become a reason for us to love all our neighbors more fervently: the unborn, mothers, families, people of all political beliefs, the happy and the angry, the jubilant and the hurting. May we speak the truth in love and suffer with all the suffering. May we temper our passions—now and always—through fasting and prayer, self-reflection and self-reproach. And may the Lord Almighty bless all of our efforts to work together for a more just and more compassionate society and culture, one that welcomes all human life with joy.

+Tikhon
Archbishop of Washington, Metropolitan of All America and Canada