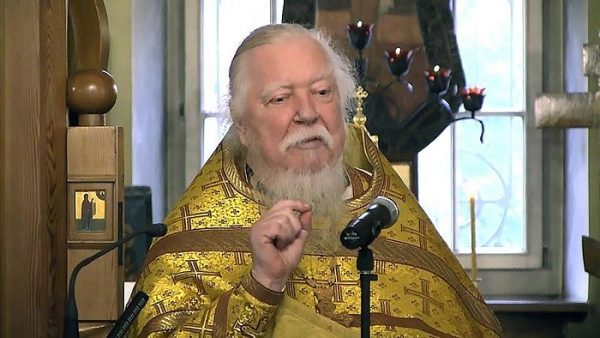 At the age of 69, Archpriest Dimitry Smirnov, Chairman of the Russian Church’s Patriarchal Commission for Family and Protection of Motherhood and Childhood, Rector of St. Mitrophan Church in Moscow, reposed in the Lord.

It was reported before that Fr. Dimitry received treatment after COVID-19, that he suffered from in May. In august he was released from his position due to health reasons, in September he was hospitalized.

Archpriest Dimitry Smirnov was born in Moscow on March 7, 1951. During his studies, he graduated from the Moscow Theological Seminary as an external student, and then from the Academy. He performed all his priestly service in Moscow.

Archpriest Dimitry Smirnov was the great-grandson of Hieromartyr Vasily Smirnov. He was both one of the most respected priests in Moscow, and also one of the most controversial, as his bold statements about the Orthodox faith and life in modern Russia were often picked up by the secular media.

Most viewed articles
The Trap of Religiosity113
Patriarch Daniel explains why the Hesychasts were the most sought-after spiritual fathers and what is a prayerful reason96
Bishop Nicholas of Manhattan visits Holy Cross Monastery in West Virginia84
Lord, Save Me!73
Why Everything Is Important (but not the stuff you might imagine)65
Condolences of Patriarch Kirill over the death of believers in the fire that broke out in Abu-Seifein Church in Cairo45
25 Years of Help: the Ship-Church Goes On its 25th Voyage to Distant Villages44
St. Tikhon Church to host Liturgical Music Symposium in October 202240
Ukrainian Church Celebrates Metropolitan Onuphry’s 8th Anniversary of His Enthronement21
Most popular authors
Pravmir.com team234
Vasileios Stoyiannos113
Aurelian Iftimiu96
Fr. Theodore Stylianopoulos73
Archpriest Stephen Freeman65