The Armour of Abstinence 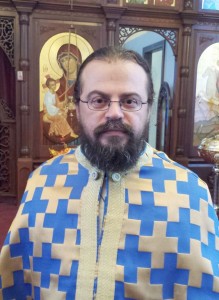 There is a big difference between can’t and won’t. More often will we hear the former rather than the latter. Won’t is much more decisive; it’s final. Can’t, on the other hand, is an excuse which can oftentimes be understandable. Thus, very few people will come out and say they won’t go to church while many will dole out seemingly excusable reasons why they can’t.

But we’re not the only ones using this word. Our Lord uses it in Scripture. We hear it at the gospel reading during a very vulnerable moment in our lives – the funeral service. Namely, it is then that we hear the words of Jesus recorded in St. John’s Gospel of the general resurrection and how God the Father has given the Son “authority to execute judgment”. But in this judgment the Lord makes perfectly clear: “I can of my own self do nothing: as I hear, I judge: and my judgment is just; because I seek not my own will, but the will of the Father who has sent me”. Our Lord can do nothing! What a frightening thought. Particularly when we consider the fact that that’s exactly when many will go to God – when they can’t do anything else on their own.

I suppose freedom has much to do with it. God created man out of love and gave him the greatest gift as an expression of His love: free will. For a great many centuries the Church recognized man’s free will throughout Scripture. Later, however, when the Protestant Reformation appeared free will was questioned. Martin Luther, for instance, argued that it was nothing but an illusion and that instead of being free we are slaves, either to God or Satan. He and other Protestants were influenced by Augustine, the 5th century Bishop of Hippo, who, it seems, had adapted the Greek idea of fate. Subsequently, he taught that God decided – predestined – who would live with Him forever, and those who would dwell in eternal fires.

Our Orthodox understanding of free will is different. St. John Chrysostom writes, “All indeed depends on God, but not in such a way that our free will be hindered…. It is both up to us and up to Him. For we must first choose the things that are good, and when we have chosen, then He brings in His own part. He does not anticipate our acts of will, lest our free will should suffer indignity; but when we have chosen, then He brings great assistance.” It is the teaching of our holy Church that even after man’s fall into sin he still retains his free will; though wounded and fallen and hurt, we’re not completely corrupted. In other words, from an orthodox point of view there is no place for “can’t”, only “won’t” and if our choosing is that we “won’t” then there is little God can do for us.

Alas, we are now in those most holy days of the church’s year when we are to prove just what we will do for our salvation. Or, as we sing on the eve of Lent, on Cheesefare: “The time is at hand / let us begin the spiritual contest / and triumph over the demonic powers / let us put on the armor of abstinence.” Before that moment comes of which our Lord says He “can do nothing” He patiently waits – and waits – for us to do something about our salvation. His will is that all be saved. Or, as St. Peter writes, “the Lord … is longsuffering toward us, not willing that any should perish but that all should come to repentance” (2 Peter 3:9).

We can benefit greatly from these Lenten days, only if we choose to do so. In the words of the Apostle Peter, we are encouraged to “take up the whole armor of God”, fast, pray and recommit ourselves to our faith. As the hymn above notes, the time is truly at hand. Pondering on those pre-Lenten words that call us to “spiritual contest” we conclude that how much ever we are able to do this Lenten season, we can all do this much: “let us – at least – begin”.

A blessed Lenten season to all.