Source: Daily News Egypt
Christmas celebrations are scheduled to go ahead as planned
Natalya Mihailova | 02 January 2017
The Egyptian Armed Forces announced on Saturday evening that it has finished the renovation work on the St. Peter and St. Paul Church, which was attacked on 11 December by a suicide bomber allegedly affiliated with the Islamic State. 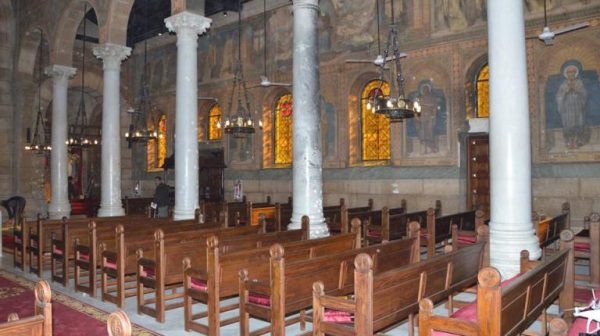 According to the army’s official spokesperson’s Facebook page, the armed forces received orders from President Abdel Fattah Al-Sisi immediately after the bombing to renovate the church and fix all the damage in 15 days.

A nationwide mourning for the victims who were killed in the bombing of St. Peter and St. Paul Church has overshadowed Christmas celebrations. On 11 December, the blast claimed the lives of 24 people, injuring more than 40 others, mostly women and children.

The death toll has climbed to 27 in the past weeks.

The Coptic Orthodox Church announced following the attack that Christmas celebrations on 7 January will still be held, amid high security measures announced by the Interior Ministry.