Source: Romfea
The consecration ceremony of the Church of Saints Konstantinos and Eleni in Cairo is a historic moment for Orthodoxy.
Pravmir.com team | 29 September 2019 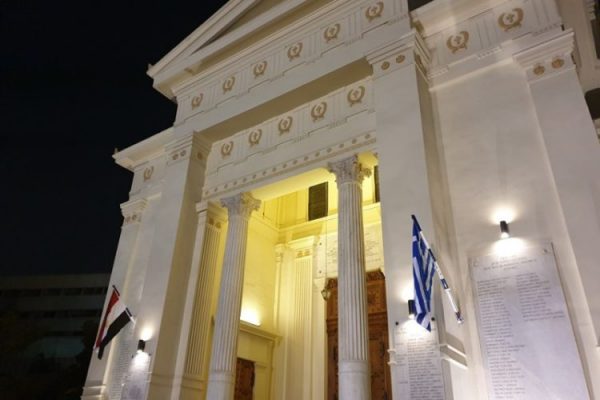 Patriarch Theodore of Alexandria and All Africa presided over the Patriarchal Co-liturgy Saturday morning.

He also celebrated the Vespers Service at the temple the day before.

Speaking to the ANA-MPA, the President of the Greek Community of Cairo, Christos Kavalis, expressed his excitement about the work carried out by the Egyptian organisation.

He also highlighted the fact that “Since 1907, the Church of Saints Konstantinos and Eleni has always been a milestone in Cairo, as it is the most important temple for the Greek community. This is the main temple. We can find here all the names of our benefactors and of the heroes that were killed during the wars our grandparents participated in.”

The President of the Greek Community, Christos Kavalis, also talked about the prospects concerning the temple of the renovated Church of Saints Konstantinos and Eleni, which will play an important role for the Greek Community in Egypt. In particular, he said, “In Egypt, anything that is more than one hundred years old is considered as a cultural heritage monument. This monument has turned one hundred years old quite a long time ago. The fact that Egyptian authorities put their trust in us, by giving us the permission to renovate it, means that they know that we love our cultural heritage and therefore we want to keep it alive. This temple heralds a new era for our community. The very first step we should take is to believe that we can open a new chapter and move on.”