Assembly of Bishops issues common statement on sanctity of life 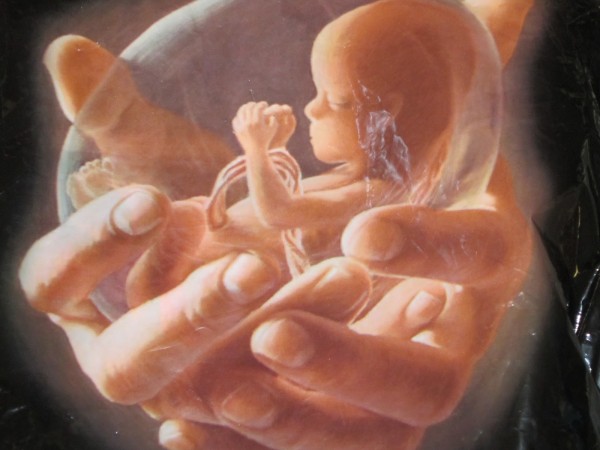 To mark the 43rd anniversary of the Roe v. Wade decision that legalized abortion in the United States of America, the Assembly of Canonical Orthodox Bishops of the USA [AOB] and the US Conference of Catholic Bishops [USCCB] issued a common statement, titled “Seeking Life, Mercy, and Healing.”

The text of the statement, signed by His Eminence, Archbishop Demetrios of the Greek Orthodox Archdiocese of America, AOB Chairman; His Eminence, Metropolitan Savas, Chairman of the AOB’s Committee for Church and Society; Archbishop Joseph E. Kurtz of Louisville, KY, USCCB President; and Timothy Michael Cardinal Dolan of New York, Chairman of USCCB’s Committee on Pro-Life Activities, appears below.

In related news, His Beatitude, Metropolitan Tikhon and several members of the Holy Synod of Bishops of the Orthodox Church in America will join other Orthodox Christian hierarchs, clergy, seminarians and faithful at the annual March for Life in Washington, DC on Friday, January 22, 2016.  In conjunction with the March, a topical retreat, “Pro-Life is Pro-Woman”, will be held at DC’s Saint Nicholas Cathedral.  Speakers include Khouria Frederica Mathewes-Green.

On Sunday, January 17, “Sanctity of Life Sunday” was observed in OCA parishes across the country.  See related story.

Seeking Life, Mercy, and Healing
A Common Statement by Orthodox and Catholic Bishops
on the 43rd Anniversary of Roe v. Wade

On January 22, Catholic and Orthodox Christians will once again stand in solidarity on the occasion of the 43rd anniversary of Roe v. Wade. As our communities firmly believe in the sanctity of life, the faithful—along with many people of other traditions and good will—lament the legal circumstances that facilitate abortion and the cultural phenomena that present abortion as the only choice for expectant mothers experiencing difficult conditions.

We recognize that the choice to abort an unborn child ultimately reflects the broken condition of humanity.

We remind the world of our common teaching that life begins at the earliest moments of conception and that life, at all stages of its development, is sacred. We denounce the termination of a life as a response to unwanted pregnancies or as a method of overcoming social and economic challenges. We embrace the mothers and the couples who, in spite of difficulties, choose to bring their pregnancy to term. At the same time, however, we invite those who may have undergone or facilitated an abortion to turn to Christ with contrite hearts, seeking to overcome their grief through His forgiveness, mercy and healing.

Metropolitan Savas of Pittsburgh
Chairman, Committee for Church and Society
Assembly of Canonical Orthodox Bishops of the USA