Source: OCA
Natalya Mihailova | 17 November 2015
On Saturday, November 14, 2015, the Assembly of Canonical Orthodox Bishops of the United States of America issued a brief statement concerning the terrorist attacks in Paris. 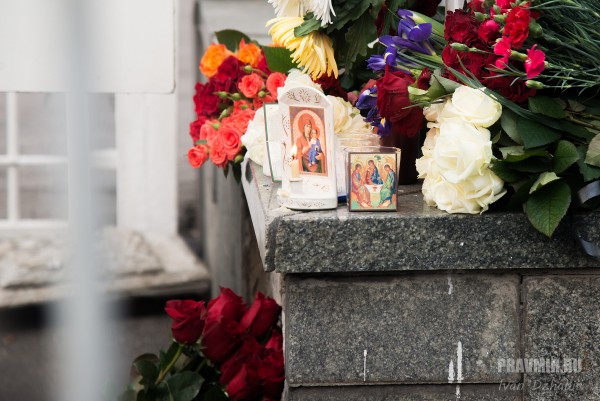 The text of the statement reads as follows.

“With heavy hearts, the members of the Assembly of Canonical Orthodox Bishops of the United States of America offer their prayers for the people of France who mourn the tragic loss of life that resulted from last night’s terrorist attacks in Paris.  We convey our deep condolences to those who have lost loved ones, and we beseech the Lord Jesus Christ to grant a speedy recovery to those injured and eternal repose to those who have fallen asleep.

“Our thoughts and prayers are also with the civic authorities and the men and women of law enforcement agencies who are working to bring about peace and stability once more to France and her people.  We extend our fraternal solidarity to all people of good will who pray and labor for peace, especially our brother Orthodox Christian Hierarchs in France.  We condemn these barbaric acts against humanity, and during this worrisome time we draw strength from the words of Saint Peter, who encourages us to ‘cast all of our anxieties onto Christ, because He cares for us’ [1 Peter 5:7].”