Assembly of Orthodox bishops in Spain and Portugal meets in Madrid

Source: DECR
Natalya Mihailova | 23 March 2015
Bishop Nestor of Chersonese attended a regular session of the Assembly of Orthodox Bishops in Spain and Portugal, which took place on March 18, 2015, in Madrid. 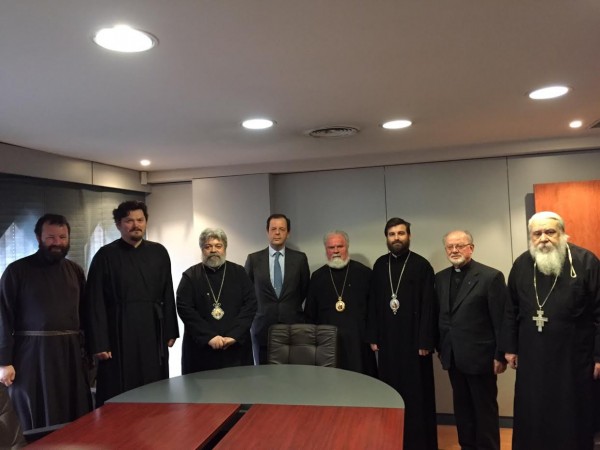 The Assembly was established in compliance with the decision made by the 4th Pan-Orthodox Conference in 2009 in Chambesy.

After a discussion, the Assembly signed a notarial act in Spain’s Ministry of Justice. From now on, the Assembly can officially represent before the Spanish government bodies the interests of the Orthodox faithful of all canonical jurisdictions, the official website of the Diocese of Chersonese reports.