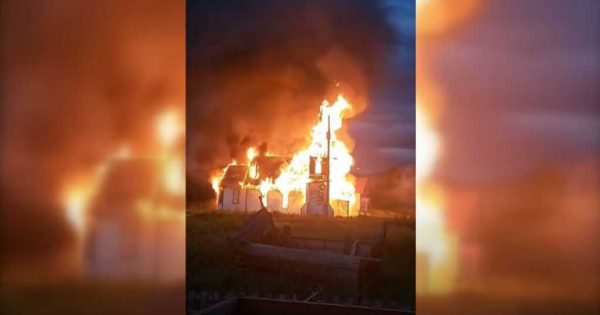 An apparent ongoing anti-Christian campaign in Canada has resulted in a total of 45 churches being attacked with some of the buildings being burned to the ground, reports Faithwire.

As CBN News has reported, terrorists are responsible for the attacks against mainly Roman Catholic churches serving indigenous congregations.

The crimes stem from far-left terrorists with a Marxist ideology whose sole purpose is to strike fear in Canadians for practicing their faith.

Seventeen of the 45 church buildings attacked have suffered fire damage or completely burned to the ground.

Counter Signal.com reports the fires and the vandalism span six provinces and the Northwest Territories. Some of the attacks have been in the heartland of First Nation’s territory.

The Royal Canadian Mounted Police (RCMP) said they are investigating the church fires to see if they are connected.