Source: Sputnik News
The worshippers at a Syrian Orthodox Church torched in an incendiary attack are known to have previously received threats.
Pravmir.com team | 09 August 2018 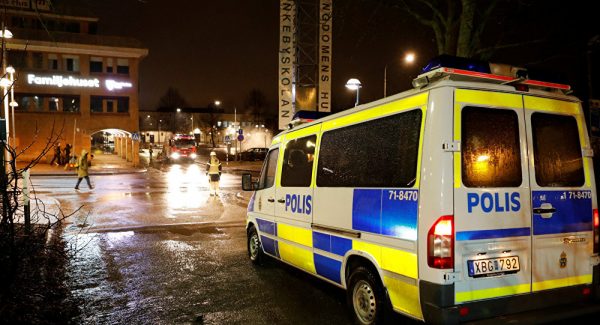 About 30 firefighters had to step in promptly to quell a fire that broke out at the Saint Mary Syrian Orthodox Church in the Swedish city of Norrköping, which was later established to have been arson, national broadcaster SVT reported.

As the church building was made entirely of wood, it took a concerted effort from seven fire stations to get the blaze under control and stop it from spreading. Luckily, no one was injured in the incident.

“The façade began to burn, where there are signs of arson in several places. One of these places took a lot of damage,” Jan Pettersson, external officer at the Östra Götaland Rescue Service said. According to him, the fire spread to the attic, and from there it threatened the entire building. Also, parts of the floor were completely charred, he added.

While suspicions that the blaze was premeditated emerged at once, the police later confirmed that the incident was indeed a case of arson.

“We have found combustible liquid on the spot. I do not know exactly what kind of liquid it is, but further analysis will tell,” local police chief Leif Hermansson said.

No person is reported to have been injured by the fire, and the police currently lack any suspects.

According to Görgis Gecizi, the treasurer of the Syrian Orthodox community in Norrköping, it is beyond doubt that the fire was an act of arson. He firmly ruled out a short circuit in the wiring or other faults, stressing that the fire started outside.

“I have no words, this is so emotional. Such a shame,” Gecizi said.

According to him, members of the flock had previously received threats. So far, it has not been established whether there’s a link between the threats and the blaze.

Christianity has a strong tradition in Syria, including numerous denominations, such as Eastern Orthodoxy, Eastern Catholicism, Oriental Orthodoxy, Roman Catholicism and Protestantism. About 10 percent of Syria’s current population of 17 million is estimated to be Christian.

According the various estimates, there are about 80,000 Orthodox Syrians living in Sweden. According to Statistics Sweden, the number of people born in Syria exceeded 172,000, becoming the largest foreign-born group in the Scandinavian country.