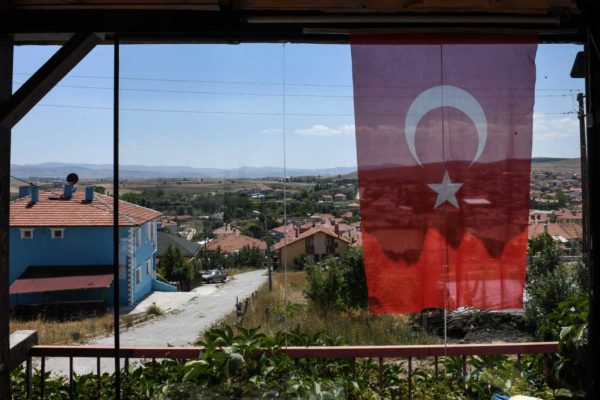 Six Christian-majority villages have fallen victim to lethal fires on the Turkey-Syria border.

“Even if there is no sabotage, there is serious negligence,” one politician told Turkish news outlet, Bianet.

“In these two countries, arson has become a recognized insurgent tactic which targets the agricultural resources of villages,” noted persecution watchdog, International Christian Concern. “In Turkey’s case, these fires also targeted agriculture, as an estimated 7-800 olive trees were damaged. It is these kinds of similarities between this situation and the fires in Iraq / Syria that have caused concern that these fires were also started by arson.”

According to Bianet, a Deyrulzafaran Monastery was also severely damaged in the blaze.

Evgil Türker, the chairman of the Federation of Syriac Associations told the outlet that there was “great damage” to local vineyard at a time when the crop is in season. “All of them were razed,” he added.

“The Gendarmerie and security forces are investigating the incident, we want to learn what really happened,” he said.

Last week, urgent calls were made by the Syriac Christian community for military assistance from the United States after the Turkish army ordered a strategic gathering of troops on the Turkish-Syria border.

“The Turkish army started to remove the wall between Turkey and Northern Syria in the Tal-Abyad area. Turkey has amassed its forces and its jihadist proxies at that point. It clearly aims to invade Northern Syria,” the U.S.-backed Syrian Military Council said in a statement.

“Turkey aims to kill and destroy us and to finish the genocide against our people. {There} are still more than 100,000 Syriac Christians living in NE – Syria and they will be killed or driven away if Turkey invades.”

The group noted that there is currently “no U.S. military presence,” in the area where military forces are taking up position at this time, and warned this could be disastrous for the local Christian population.

“Anywhere these troops come inside northeast Syria will be tragic, like in Afrin,” Syriac Christian political leader Bassam Ishak told the Catholic News Service, noting that the intended attack zone is an “area where Kurds and Christians live.”

So far, not military offensive has been reported.